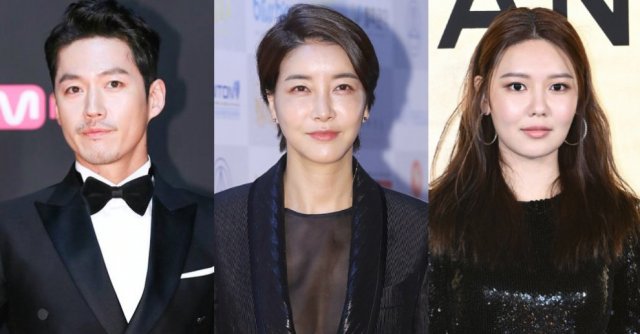 OCN comes in for the kill once more, and it's bringing quite the army. Jang Hyuk is back on the channel and although it's not for more "Voice", we'll be getting a reunion with its PD, Kim Hong-seon-I. On the recruitment process gunning for our hearts with him are Jin Seo-yeon and Choi Soo-young.

"Tell Me What You Saw" is a tracking thriller about an eccentric genius profiler, a detective with the ability to remember anything they have seen even once, and a serial killer who thought they were dead. That's a lot to unpack right there. I won't even attempt to at this point, but OCN has confirmed that the actors have received role offers, adding that the work is currently being reviewed for production.

While PD Lee Joon-hyeong ("God's Quiz", "Bachelor's Vegetable Store") is back in familiar territory, writer Ko Yeong-jae is making quite the change from movie "Runway Cop", which was a mediocre comedy, to put it very politely. At the same time, we have a co-writer by the name of Han Gi-hyun here, and with PD Kim Hong-seon-I ("The Guest - Drama", "The Age of Blood", "Black") on board as a creator, there's plenty of help around.

It would be great to see Choi Soo-young and Jang Hyuk back on OCN fare, and I hope that this makes a great entrance for Jin Seo-yeon, should they all accept. I'll be keeping a close eye on this one.

"[Orion's Ramblings] Jang Hyuk, Jin Seo-yeon and Choi Soo-young Courted for OCN Drama "Tell Me What You Saw""
by HanCinema is licensed under a Creative Commons Attribution-Share Alike 3.0 Unported License.