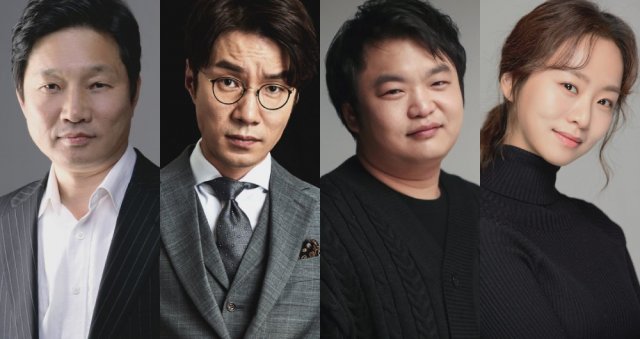 The three confirmed heroes of "Partners for Justice Season 2", Baek Beom (Jung Jae-young), Eun Sol (Jung Yoo-mi) and Do Ji-han (Oh Man-seok) get more of their old crew back, as actors Joo Jin-mo-I, Song Young-kyu, Ko Kyu-pil, and Noh Susanna have confirmed their appearances in the drama.

Joo Jin-mo-I ("Neighborhood Lawyer Jo Deul-ho 2: Crime and Punishment", "The Sound of Your Heart Reboot Season 2") is back as Park Joong-ho, the director of the NIS (National Forensic Service), and a character on the more tactful, put together, and laid back side than hero Baek Beom (Jung Jae-young). He is a much needed grounding presence, and I'm glad to see him back in charge.

Song Young-kyu ("Extreme Job", "Ms. Ma, Nemesis") also returns as forensic scientist Ma Do-nam, who will once more be in a confrontational relationship with our protagonist. The loss that Do-nam experienced in the first season changed him, but this continued rivalry feels natural, given Baek Beom and his differences in how they approach their job.

Ko Kyu-pil ("The Fiery Priest", "The Soul-Mate") will once more be Jeong Seong-joo, the scientist who had a thing for Stella Hwang (Stephanie Lee), and can hopefully flourish as a character outside of that dynamic this time around. Noh Susanna ("Let's Eat - Season 3", "Golden Slumber") rejoins this group as forensic investigator Han Soo-yeon, who will be working with Baek Beom on unraveling the case, adding a little more fun to the plot.

PD Noh Do-cheol commented "The NIS 'scene stealer corps' of the first season returns for season two, and they will show off their unique charm", adding his hope that audiences will look forward to what new things these characters can bring to the table this time around.

Like "Partners for Justice", the second season is a collaboration between a prickly forensic scientist, a hot blooded rookie prosecutor and a veteran prosecutor, and it will continue tackling the case of Oh Man-sang (Kim Do-hyun), the terrible criminal we all love to hate. It will follow "Special Labor Inspector, Mr. Jo" on June 3rd on MBC.