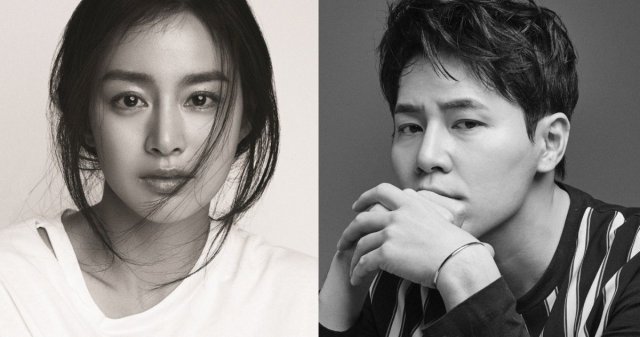 Are you ready for some soul-cleansing tears? You don't have to be until the first half of next year, but Kim Tae-hee and Lee Kyu-hyung are on their way to tear our hearts apart in tvN's upcoming fantasy piece "Hi Bye Mama". The actors are confirmed to play a ghost and said ghost's widower who is about to get a most shocking reunion.

"Hi Bye Mama" is described as a 'ghost mom's 49-day real reincarnation project'. It tells the story of Cha Yoo-ri (Kim Tae-hee), a mother who was torn from her family by her sudden death, reappearing in front of her daughter and her husband, Jo Kang-hwa (Lee Kyu-hyung), who has created a new life for his family after their loss.

Cha Yoo-ri has been a "resident" of 'Serenity Charnel House' for 5 years, but is still her optimistic and nosy self. Although she has maintained that bright charm of hers during these 5 years as a ghost, she is unable to move on due to the pain of never having held her child in her arms. She unexpectedly gets a 'reincarnation trial' and is given the chance to return to our world for 49 days, sparking this 'cheerful, but moving' reincarnation project.

Jo Kang-hwa, Yoo-ri's widower, is a cardiothoracic surgeon living in deeply buried sorrow over the death of his wife. Although he looks sweet and nice on the outside, his personality changed significantly as a result of his grief over losing his wife, who was also his first love. When Yoo-ri reappears in front of him, looking exactly like she used to when she was alive, Kang-hwa's new life is shaken once more.

While I was previously nowhere close to being on the Kim Tae-hee hype train, her performance in "Yong Pal" has left me pretty excited about her next one, and there's nothing I don't love about Lee Kyu-hyung, so this is one pairing and one premise I highly look forward to. Writing "Hi Bye Mama" is Kwon Hye-joo of "The Sound of Your Heart" and "Go Back Couple", while Yoo Je-won of "Abyss" and "Hundred Million Stars from the Sky" is the PD.