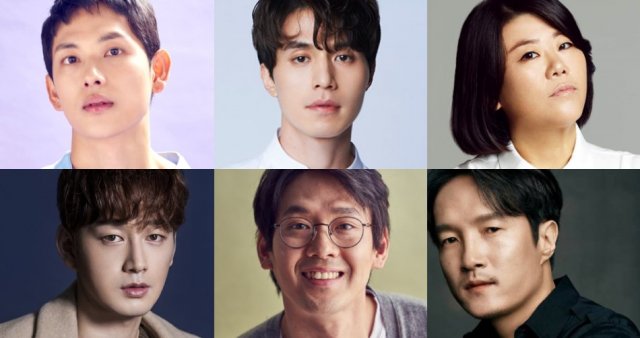 Sneaky OCN dropped quite the pre-teaser on its social channels yesterday morning, revealing the cast to join Im Si-wan and Lee Dong-wook on the second drama for its 'Dramatic Cinema' project. "Strangers from Hell", also known as "Strangers From Hell", got more news on it dropped shortly after, and we have character descriptions.

"Strangers from Hell", which is based on Kim Yong-ki's famous webtoon, follows a young man experiencing odd happenings after moving into a gosiwon (affordable dormitory-style housing) in Seoul. As we already know, Im Si-wan and Lee Dong-wook lead as Yoon Jong-woo, the young man moving into the gosiwon, and Seo Moon-jo, the dentist who works there and will be a friendly presence for Jong-woo.

The cast reveal teaser sets the tone for this character introduction. The narration goes:

"This place was hell.

A terrible hell created by others".

Creating this delicious hell are Lee Jung-eun, Lee Hyun-wook-I, Park Jong-hwan and Lee Joong-ok, among others. Lee Jung-eun ("Laughter in Waikiki 2", "The Light in Your Eyes", "Miss Baek") will be Eom Bok-soon, the owner of the gosiwon and someone who looks friendly and kind, but whose shifty behavior shows that she is hiding a different truth behind that benevolent face.

Lee Hyun-wook-I ("No Tomorrow", "Only Love", "The Target") is Yoo Gi-hyeok, the man everyone is afraid of and tenant of room 302. Although he approaches Jong-woo first, his strange behavior, like wearing long sleeves even during the summer, evokes fear in others. 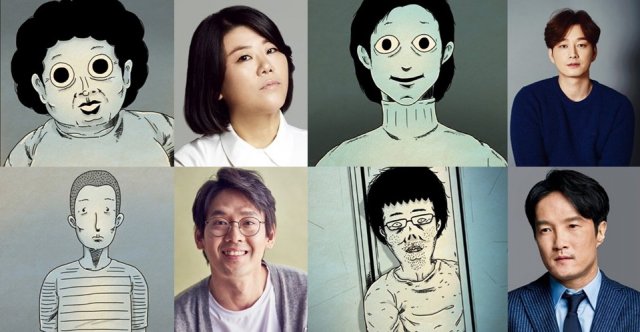 Park Jong-hwan's ("Birthday", "Possible Faces", "Hit the Night") character is Byeon Deuk-jong, the resident of 306. His stutter and bizarre laughter make people uncomfortable, and although everything about him seems plain, he hides a cruel nature behind that lackluster facade.

Lee Joong-ok ("Extreme Job", "Drug King", "The Guest - Drama") plays Hong Nam-bok, the resident of room 314 who always wears sweatsuits. Everything from his appearance to his demeanor is unpleasant, and he instantly exhibits unnerving behavior the minute Jong-woo moves into the gosiwon.

Helming the series is PD Lee Chang-hee, who has worked on films "The Vanished" and "Haunters", while writing it is Jeong I-do-I, who created "Save Me" and "The Item". All of this is how you have my attention, Dramaland. "Strangers from Hell" will premiere in the second half of the year, and I'll be watching it like there's no tomorrow.