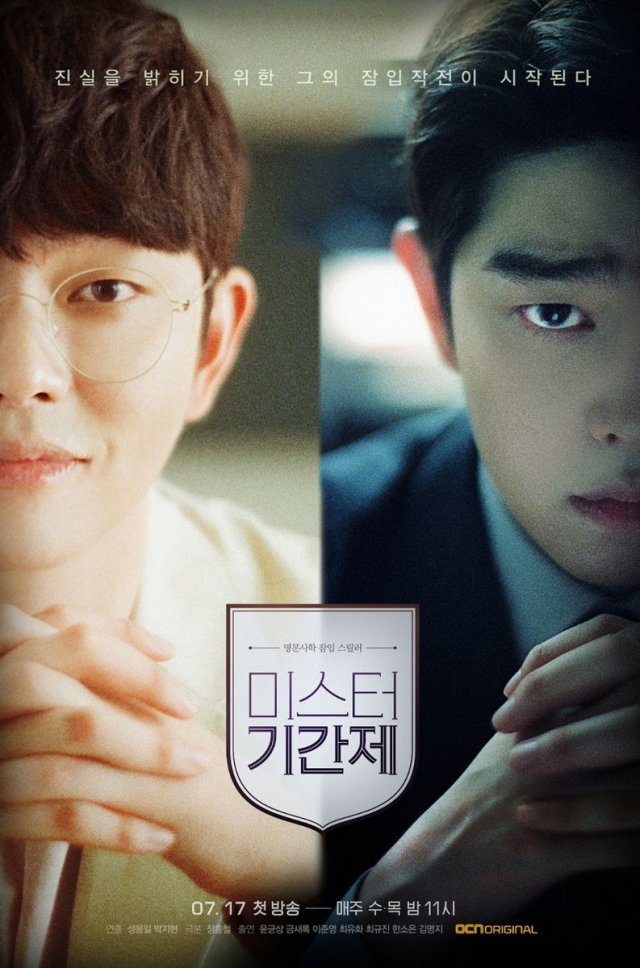 School violence has been a widely portrayed topic in Dramaland as of late, and OCN is bringing its own take to the table. We go from bullying to straight up killing with "Class of Lies", a thriller about a mysterious murder that takes place at a prestigious 'top 0.1%' school, and the undercover operation of a snob lawyer to uncover the truth behind it.

Yoon Kyun-sang ("Clean with Passion for Now", "Doubtful Victory") plays Ki Moo-hyeok, the aforementioned lawyer entering the school under the false identity of a short-term substitute teacher. The series has released posters of Moo-hyeok in his two very different forms. What looks like a friendly teacher named Ki Kang-je is a surprisingly sinister-looking man snooping around. The posters read "His undercover operation to uncover the truth begins", while the drama carries the tagline 'Prestigious school infiltration thriller'.

The production states that the process of this infiltration will be portrayed in an interesting manner, and they ask for the audience's anticipation for this "palm-sweating thriller". While the overly gritty OCN approach is to be expected, I am personally curious as to why our protagonist looks so menacing in his first appearance. "Class of Lies" will be premiering on July 17th, and we should be getting plenty of promotional goodies moving forward. 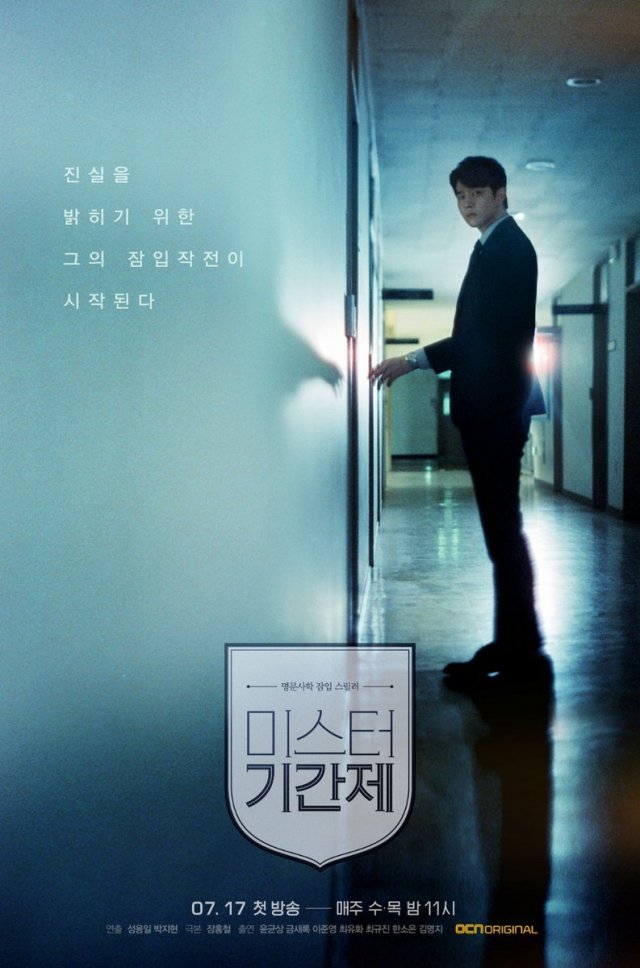