Over 4,000 Japanese Fans Come to Airport to See Bae Yong-joon 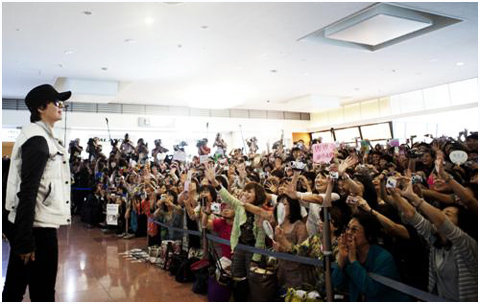 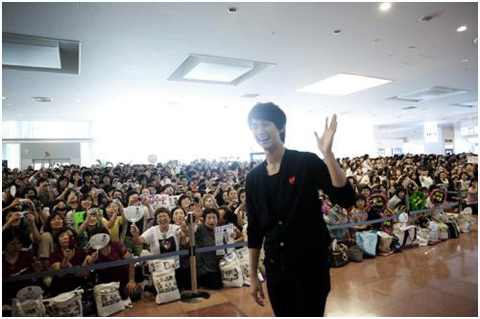 The agency said, "Around 500 fans have arrived at the airport one night before on September 1 to see Bae Yong-joon, and a total of 4,500 people gathered at Haneda Airport early in the morning on September 2, and 1,500 people could not even come inside the airport as there were too many people. For their safety, around one hundred policemen and 200 private bodyguards were urgently dispatched". 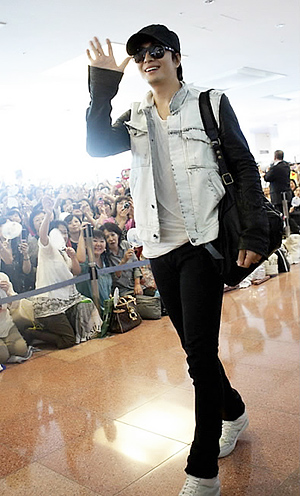 In addition, around thirty local news reporters gather at the airport and competed to cover the event. Bae Yong-joon visited Japan after nine months since he had last visited Japan last year in December. Actors such as Kim Soo-hyun, Suzy, Ok Taecyeon, and Wooyoung appeared in the drama "Dream High" that was produced by Keyeast, and the drama became very popular in Japan when it aired through a Japanese TV channel on TBS. 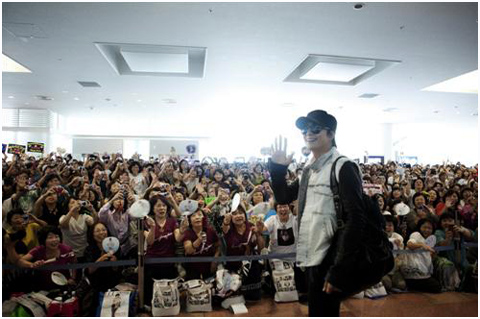 The 15,000 tickets for the "Dream High Premium Event", in which all the cast members appeared, were all sold out.