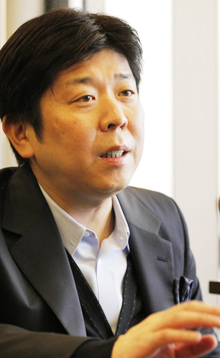 A senior figure in the Japanese entertainment industry has warned against the flood of Korean singers, manufactured bands and actors who rush to perform in Tokyo, which has become something of a rite of passage for entertainers who made it in Korea. "I'm afraid that the rotation of Korean acts [through Japan] is too fast", said Koh Koike, the CEO of Japan's Oricon, which supplies statistics and information on music and the music industry.

The Oricon chart has become something of a Bible for Korean musicians. Established in 1967 and using album sales data collected from around 26,000 music stores across Japan to come up with daily, weekly and monthly rankings, it is a highly respected barometer of Japan's entertainment industry, comparable to the Billboard Top 100 Chart in the U.S.

Koike made the remarks in Korea, where he attended the first Gaon Charts K-Pop Awards on Wednesday. His advice paints a less-than-rosy picture of the future of K-Pop in Japan. "Right now, there is a fan base for K-Pop due to the physical appeal of groups like Girls' Generation or Kara, but I think what will matter in the future is the variety of music that Korean singers are able to offer", he said. "Korean singers who have recently become popular in Japan tend to stay in the country briefly and tour only major cities, but this won't help them win broad popularity there", he added. "The precedents set by leaders Dongbangshingi (TVXQ), Girls' Generation and Kara are very important for other Korean singers in Japan. If their album sales fall, this could impact other Korean singers as well, and that would lead to the perception that their popularity was just a flash in the pan".

He said the polished image and strong fan base are the main reasons for the success of Korean acts on the Oricon chart. "Korean acts who did well on the Oricon chart have unique visual concepts and their singing and dancing skills are outstanding", Koike said. "Many fans find out about them from the Internet even before their Japanese debut, so they get a huge welcome".

Asked about the abrupt cancellation of an advertising campaign in Japan featuring Korean actress Kim Tae-hee due to anti-Korean sentiment, Koike said, "That sentiment is being expressed by only a small group of people. I think that Kim Tae-hee's side may have overreacted to the negative opinions. Most Japanese people do not express opinions. They just like K-Pop and Korean TV dramas".