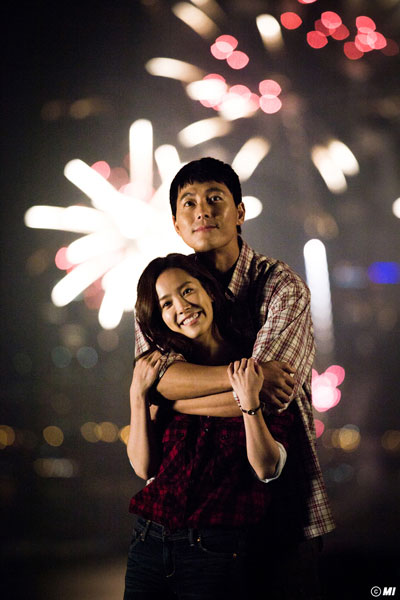 General service channel jTBC drama "Padam Padam... The Sound of His and Her Heartbeats" took the video of the Seoul International Fireworks Festival in October.

This day's scene wasn't in the script but as director Kim Gyoo-tae thought it was perfect to express the start of love between Kang-chil (Jung Woo-sung) and Ji-na (Han Ji-min) they borrowed a rooftop of a building and took a beautiful scene with real live fireworks in the background. 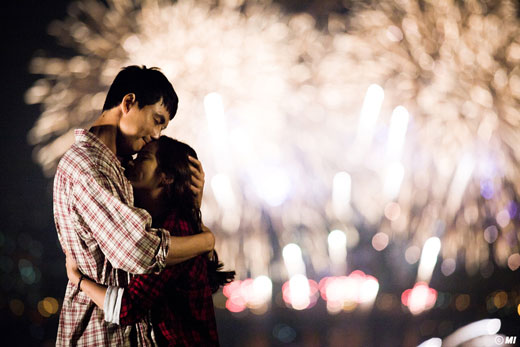 Kang-chil's seen fireworks for the first time in his life so he looks at them with awe and says, "This must be a dream" while Ji-na looks at him lovingly and romantically.

A staff on site said, "The fireworks was beautiful but the way the two were in love with each other without knowing the obstacle's that were coming their way was even more beautiful. Solo staff's out spoke that they want to be in love as well when they saw the beautiful scene".

Jung Woo-sung could enjoy the fireworks in a place closest to the skies thanks to "Padam Padam... The Sound of His and Her Heartbeats". "I think we are very lucky" he said. 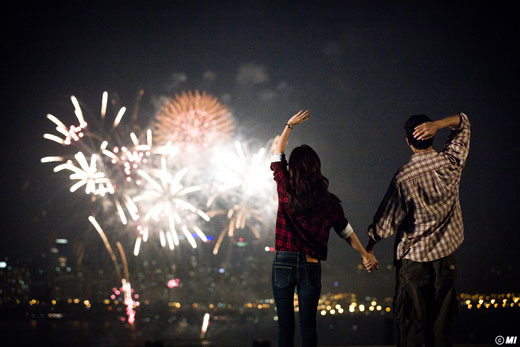 Drama "Padam Padam... The Sound of His and Her Heartbeats" is about Yang Kang-chil who is released from jail after 16 years of falsely charged murder, Jeong Ji-na who is realistic and selfish towards herself and Lee Gook-soo a human angel who tries to protect them. Coming soon on the 5th of December.

""Padam Padam" Jung Woo-sung and Han Ji-min fireworks date"
by HanCinema is licensed under a Creative Commons Attribution-Share Alike 3.0 Unported License.
Based on a work from this source