"Painter of the Wind" wins award at TV festival in Shanghai 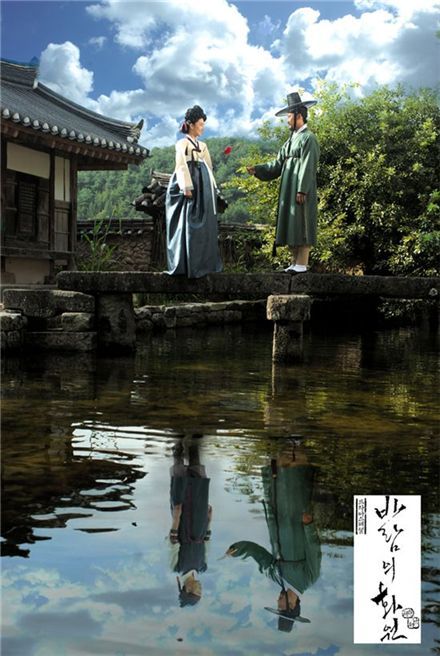 Drama poster of SBS' "Painter of the Wind" [SBS]

Korean historical drama "Painter of the Wind" won an award at the TV festival in Shanghai last week, according to the show's producer SBS on Tuesday.

SBS announced through a press release that "Painter of the Wind" was given the "Asian TV Series Special Award" at the 16th annual Shanghai TV Festival on June 11.

"Painter" is about Shin Yoon-bok (played by actress Moon Geun-young), a talented painter who disguises herself as a boy to search for her father's murderer and meets a master painter (played by actor Park Shin-yang) who guides her to become a great painter.

The award-winning series was helmed by director Jang Tae-yoo and based on a fictional historical novel by writer Jun Myeong-kee.

The show has won several other awards including the silver award at the 43rd annual Houston International Film Festival while Moon received the grand prize at last year's SBS' Acting Awards ceremony for her role.

Several other SBS programs are competing at the Shanghai TV fest including special drama "Father's Home", nominated under the TV Films in Competition category and Korean animated series "Dooly" in the international animation category.

The Shanghai TV Festival is a prominent awards ceremony in the Asian TV industry, acknowledging and screening the best entries in drama, movies, documentaries and animation.

""Painter of the Wind" wins award at TV festival in Shanghai"
by HanCinema is licensed under a Creative Commons Attribution-Share Alike 3.0 Unported License.
Based on a work from this source