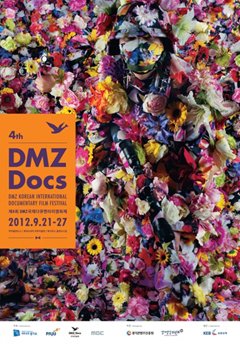 An international documentary film festival will begin its seven-day run in the demilitarized zone on Friday. In its fourth year, "DMZ Docs" is being co-hosted by Gyeonggi Province and Paju city.

The opening ceremony will be held in Dorasan Station in the civilian control zone. It will be attended by Governor Kim Moon-su, also head of the organizing committee, actor Cho Jae-hyun, executive committee chair, and the boy band 2AM, who are serving as promotional ambassadors.

Other attendees include director Kim Ki-duk, who won the Golden Lion award for best picture at this year's Venice International Film Festival with his latest film "Pieta", and starring actors Jo Min-soo and Lee Jung-jin. The director has visited the festival every year since it was inaugurated.