Park Bo-gum, Do Kyung-soo and Seo Kang-joon, the actor troika 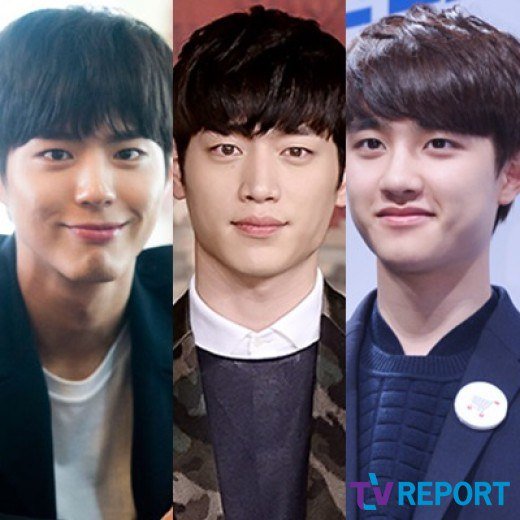 What happened in 1993? Those that were born in this year are 'it' this year. We are talking about Park Bo-gum, Seo Kang-joon and Do Kyung-soo.

Park Bo-gum MCs for the KBS 2TV show "Music Bank" every Friday. He looks like the next Jo In-sung and is as talented. Usually, standing MC for "Music Bank" is the gateway to becoming a star but seeing that he is, he must be popular.

He starred in the movie "Coin Locker Girl" and KBS 2TV drama "Remember You" and finalized his status. He played Jeong Seon-ho, a mysterious lawyer and showed lingering for his borhter and a devil-like personality like a psychopath.

Park Bo-gum is in the making of the new tvN drama "Answer Me 1988". Many are curious to find out what he has in store this time.

Seo Kang-joon appeared like a comet in 2013 and achieved so much in the last 2 years. He started off with the SBS drama "Suspicious Housekeeper" and then continued on to a drama special which he was featured melodramatically with Moon So-ri.

There was no stopping Seo Kang-joon after that, He came back quickly with "Sly and Single Again" as the next male star next to Joo Sang-wook and then appealed to the public by starring in the SBS TV show "Roommate". He then starred in "This Is Family" alongside several veteran actors and actresses. He is now in "Splendid Politics" in the role of Hong Joo-won. This is his first historical and long-term drama.

Seo Kang-joon didn't stop here. He has been cast for the tvN drama "Cheese in the Trap" which is based on a popular web-toon as Baek In-ho. Seo Kang-joon is determined to do a good job as he has a lot of pressure about the drama that is already so popular.

Do Kyung-soo is more popular than D.O. himself in the idol group EXO. He starred in "It's Okay, That's Love" and "Cart" last year and earned his position as 'actor'. He made a special appearance in "Remember You" as a psychopath criminal Lee Joon-yeong but he made a good first impression and is remembered as one of the most important roles in the drama.

Currently, Do Kyung-soo is in the making of the movie "Pure Love - Movie" which is about a romantic flick about going back and forth the past and present through a letter that arrives from 23 years ago. The movie stars Do Kyung-soo, Kim So-hyun, Lee David, Joo Ah-reum, Yeon Jun-suk, Park Yong-woo, Park Hae-joon, Kim Ji-ho and more.

"Park Bo-gum, Do Kyung-soo and Seo Kang-joon, the actor troika "
by HanCinema is licensed under a Creative Commons Attribution-Share Alike 3.0 Unported License.
Based on a work from this source