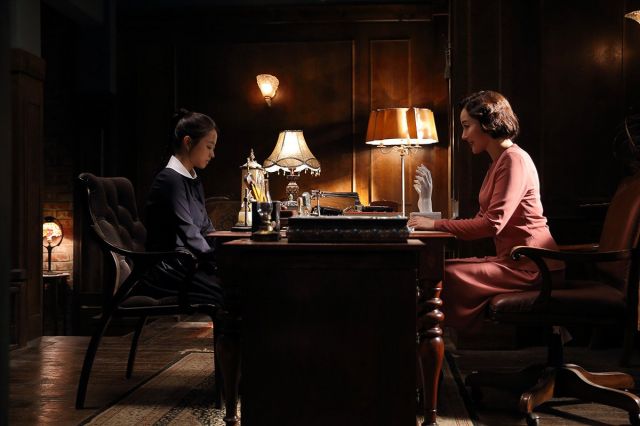 The movie "Girl" has completed filming.

Three months of filming is over and the movie is cranking up.

The final scene of the movie was taken in Dae-jeon.

Joo-ran (Park Bo-young), a girl from a recuperation boarding institute and the director (Uhm Ji-won), face each other in the climax scene. The two actresses underwent tough procedures to get the scene complete by hanging on wires and enduring explosive scenes, too. After it was all over, the two of them took care of each other to make sure they weren't hurt. They did it all without stand-ins.

Park Bo-young said, "I'm glad it's all over without anyone getting hurt. The director looks happy with what we have to show for the audience. I can't wait to see Joo-ran".

Uhm Ji-won said, "It was my first time trying the bad role but it was the second time working with the director. He said we would be able to show something new to the audience and I'm happy with that".

Director Lee Hae-yeong said, "I want to thank all the staff and cast for making this possible. I put all my effort into this movie so hopefully the movie turns out well".

Meanwhile, "Girl" is a mystery movie about the things that happen to a girl who move into a recuperation school. The movie is due for release early next year. 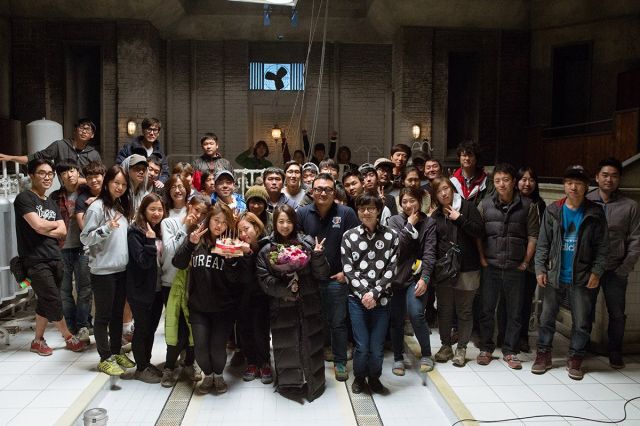 "Park Bo-young and Uhm Ji-won's "Girl""
by HanCinema is licensed under a Creative Commons Attribution-Share Alike 3.0 Unported License.
Based on a work from this source