Park Bo-young Grows Up at Last 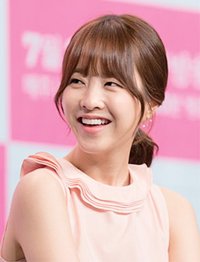 Actress Park Bo-young finally got a chance to play an adult role with tvN Drama "Oh My Ghostess".

"It's exciting as I feel like I've truly found something that suits my age", she says. "When I was acting with younger friends, I was worried that I might stand out looking too old. But now I don't have to worry about that".

It took Park 10 years to get out of school uniforms on screen. In the 2008 film "Scandal Makers", she played a teenage single mom, and in the mystery-thriller "The Silenced" released this year, she was still a schoolgirl.

Park has worked very hard and always tried to commit fully to her work.

Until "Speedy Scandal", Park was relatively obscure despite appearing in several films and dramas. But the film managed to attract 8.3 million viewers and made her an overnight star.

"Oh My Ghostess", which has been on air since July, is her first TV drama in six years and her first time not appearing as someone else in childhood. It was a long wait, but she always knew that the right part would come to her one day.

"I had no time to rest because I made one film after another. But it's so much fun. There were times when I had no work and I wondered whether I should give up acting. All work is special and I'm grateful for their faith in casting me", she says.

In "Oh My Ghostess", She also had her first screen kiss.

"Park Bo-young Grows Up at Last"
by HanCinema is licensed under a Creative Commons Attribution-Share Alike 3.0 Unported License.
Based on a work from this source