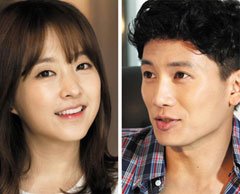 At the site's annual awards, Park won the honor for her role as a ghost-possessed cook in "Oh My Ghostess", while Ji Won for his starring role in "Kill Me, Heal Me".

The winners were chosen via online vote by more than 1.9 million users.

"I'm so thrilled because this is the first time I have received this kind of award". Park said in an interview during the ceremony in New York, adding that she will share the honor with colleagues from the drama.

"Park Bo-young, Ji Sung Voted Best Korean Actors in U.S."
by HanCinema is licensed under a Creative Commons Attribution-Share Alike 3.0 Unported License.
Based on a work from this source