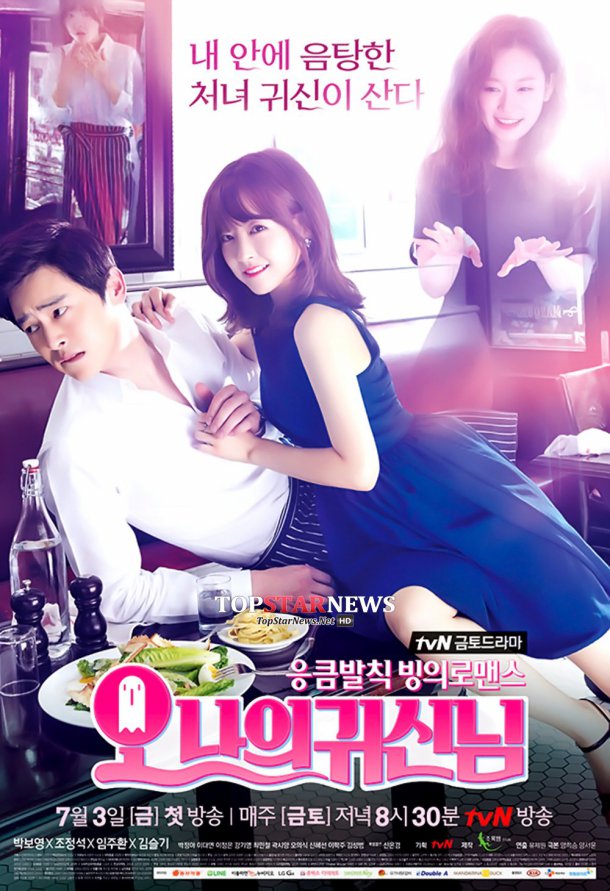 While the drama is still running, it has already been sold to eight different countries. Putting aside the high viewership rating, it has been receiving explosive reaction on VOD as well.

Domestic response is also hot. Since the first episode was broadcast on July 3rd, the viewership rating has been going up each episode and surpassed the average rating of 4%.

The production team of 'Oh My Ghostess' can feel the hot interest from its viewers through the reaction on and offline. They said that actors and staff members will work hard to continue with their best efforts to create good episodes until the completion of the drama despite the hot summer weather.

"Park Bo-young, Jo Jung-suk's 'Oh My Ghostess' sold to eight countries before completion"
by HanCinema is licensed under a Creative Commons Attribution-Share Alike 3.0 Unported License.
Based on a work from this source