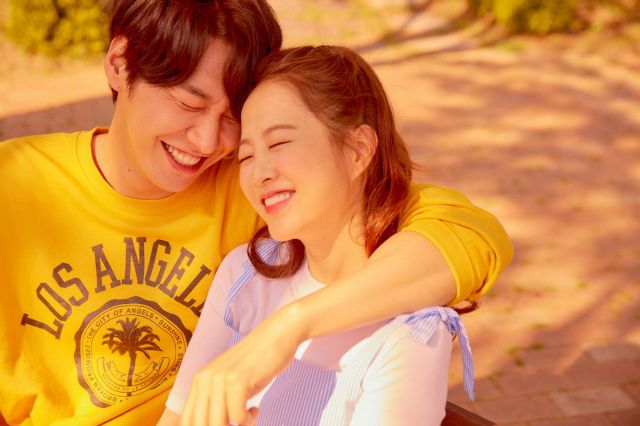 Expectations are running high for Park Bo-young's new movie after a teaser still was released on Monday.

Park stars in the upcoming romantic comedy "On Your Wedding Day" along with Kim Young-kwang.

The film depicts the friendship and love that develop over the course of more than a decade between two high school buddies.

Park plays a girl who believes in love at first sight, while Kim's character cherishes his feelings for her from the moment he meets her, believing her to be his destiny.

The film is scheduled for release in August.

"Park Bo-young, Kim Young-kwang to Star in Rom-Com"
by HanCinema is licensed under a Creative Commons Attribution-Share Alike 3.0 Unported License.
Based on a work from this source