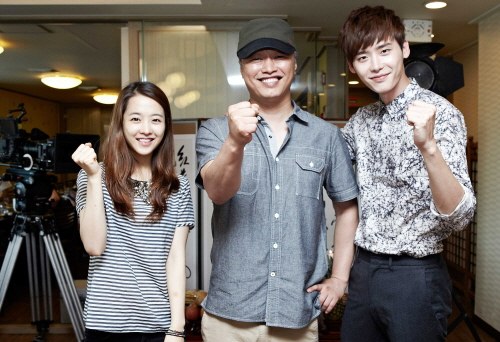 This movie is about a female gangster, a Casanova, a leader of an immortal group, Seoul transfer student and boiling hot youth and romance in the 1980's.

Park Bo-young takes on the role of the female gangster named Yeong-sook who has several 'little ones' alongside her.

Lee Jong-suk is the legendary Casanova of Hong Seong High School, whom all girls just die for with a blink of his eye.

Lee Se-young takes on the role of So-hee, the Seoul transferee and Kim Young-kwang is Gwang-sik, the leader of an immortal gang.

Apparently the atmosphere was great during the first filming session.

This movie is directed by Lee Yeon-woo and most of the filming will take place in Hong Seong and Soon Chang. To be released in early 2014.