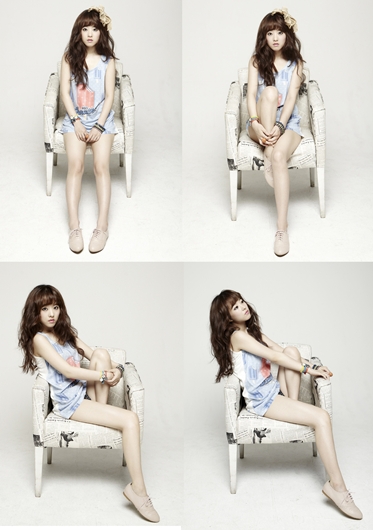 Actress Park Bo-young who's been successful in her recent movie "A Werewolf Boy" revealed her profile pictures.

Her agency The Company Entertainment uploaded pictures of her profile picture in her official homepage.

In the picture, Park has wavy blond hair with a ribbon and is wearing a sleeveless T-shirt with shorts.

Park Bo-young's "A Werewolf Boy" is the most successful movie among all the others that was released in October and it's making Park a guarantee hit actress.

She is currently running two in a row with "A Werewolf Boy" and "Speedy Scandal" which topped the ranks in comedy when it was released.

Park Bo-young will be hosting the upcoming MBC TV program "The Great Inheritance – Arirang" on the 6th.

"Park Bo-young's doll-like profile pictures"
by HanCinema is licensed under a Creative Commons Attribution-Share Alike 3.0 Unported License.
Based on a work from this source