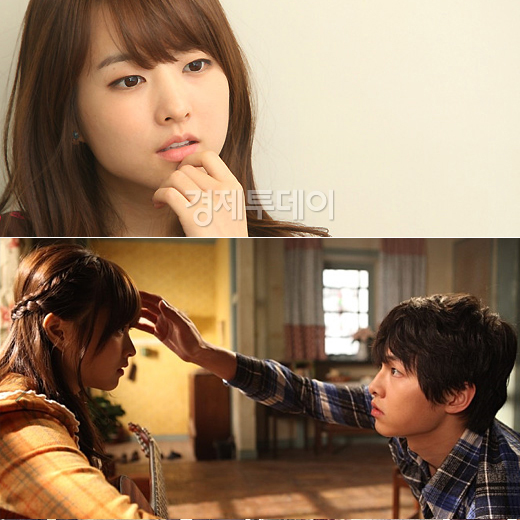 Actress Park Bo-young explained the scandal she's in with actor Song Joong-ki from "A Werewolf Boy".

On MBC "Section TV", Park Bo-young waved her hand and denied the fact that Song Joong-ki wasn't only being nice to her and said, "That's his personality".

"He's actually very nice to his partners and he told me I was the prettiest and the cutest".

"However, he's not only like that to me but to others as well. I don't even talk to him that much".

Netizens say, "They looked so good in the movies", "She's so cute", "Park Bo-young is Song Joong-ki's but Song Joong-ki is everyone else's" and more.

Meanwhile, Park Bo-young and Song Joong-ki took on the roles of Soon-ee and Cheol-soo in "A Werewolf Boy".

"Park Bo-young's scandal with Song Joong-ki"
by HanCinema is licensed under a Creative Commons Attribution-Share Alike 3.0 Unported License.
Based on a work from this source