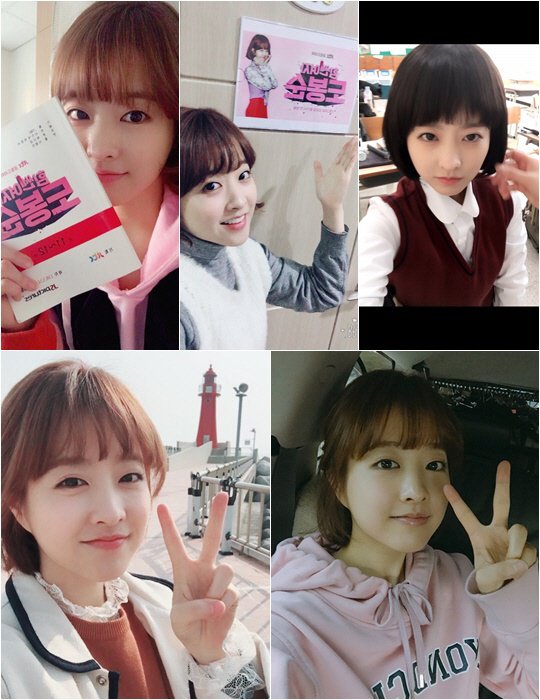 Actress Park Bo-young celebrated the 10% mark of "Strong Woman Do Bong-soon" with selfies.

Park Bo-young is posing with the various outfits she wore in the drama.

In one picture, she's dressed like Bong-soon as a teenager from the recollection scene. She's also in the car during standby and also holding up her "Strong Woman Do Bong-soon" script.

According to sources, Park Bo-young is very grateful for the drama and although she's very busy, she's taking selfies of herself to present to her fans.

"Park Bo-young takes selfies to celebrate 10% of "Strong Woman Do Bong-soon""
by HanCinema is licensed under a Creative Commons Attribution-Share Alike 3.0 Unported License.
Based on a work from this source