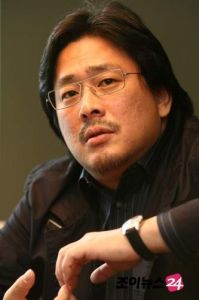 The Korea Film Director's Network awarded Best Actor to Song Kang-ho in recognition of his exceptional performance in "Thirst". Song played the lead role of a priest who, after receiving a mysterious blood transfusion, turns into a ravenous vampire.

The Best Actress award went to veteran actress Kim Hye-ja who played a major role in Bong Joon-ho's "Mother".She performed a remarkable role in the movie, playing a distraught mother who struggled to prove the innocence of her son who was framed for a neighbor's death.

Director-actor-producer Yang Ik-june won the Independent Movie Director Award with his internationally-acclaimed "Breathless", a semi-indie flick about a victim of domestic violence who grows up to become an aggressive brute.

It marks the fourth time Park has won the honor at the Director's Cut Awards. He was previously recognized for films, "JSA - Joint Security Area", "Sympathy for Mr. Vengeance" and "Old Boy".

Actor Song also claimed the best actor award for the fifth time. The films that gave him his titles are "JSA - Joint Security Area", "Memories of Murder", "The Host" and "Secret Sunshine" (Myryang).

Kim Dong-wook won the New Actor Award for his role in the sports movie, "Take Off", and the New Actress Award went to Park Bo-young of the year's megahit film "Speedy Scandal".

Winners for the Director's Cut Awards are voted for by about 240 Korean directors. This year they picked the award winners after screening 92 films, with the award ceremony due to take place on Dec. 21.

"Park Chan-wook Picked Best Director"
by HanCinema is licensed under a Creative Commons Attribution-Share Alike 3.0 Unported License.
Based on a work from this source