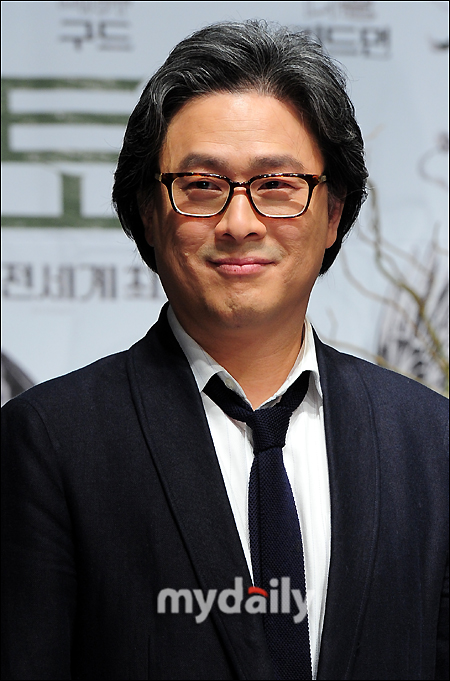 Director Park Chan-wook who is back with the movie "Stalker" starred in the MBC radio program, "Bae Cheol-soo's Music Camp".

He made this appearance because of the musician Emily Wells he discovered. She sang the OST of his movie and also appeared in "Bae Cheol-soo's Music Camp" during her first visit to Korea.

Emily Wells was discovered by Park Chan-wook while she was singing at a club and he asked her to sing his OST. The title song is called, "Becomes the Color" and he talks about the process of this song having been made on the 22nd.

"Stalker" is a thriller about the people around a teenager disappearing when an 'uncle' she never knew of finds her one day after her father dies on her 18th birthday. The cast includes Mia Wasikovski, Nicole Kidman, Matthew Goodgar and more. To be released in Korean on the 28th.

"Park Chan-wook star in "Bae Cheol-soo's Music Camp""
by HanCinema is licensed under a Creative Commons Attribution-Share Alike 3.0 Unported License.
Based on a work from this source