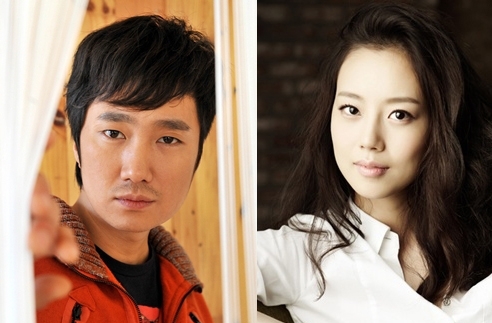 Actor and actress Park Hae-il and Moon Chae-won have been cast for the movie "Arrow, The Ultimate Weapon".

Distributor Lotte Entertainment revealed on the 31st, "It has been confirmed that Park Hae-il a, Moon Chae-won, Ryu Seung-ryong, Kim Moo-yul and others will play lead roles in the thrilling action historical movie "Arrow, The Ultimate Weapon" based on 13 years after the artificial restoration".

Park Hae-il who has been well known through movies "The Host", "Moss" and "Heartbeat", will be playing a manly role with fancy action in his first ever historical movie since his debut.

Ryu Seung-ryong who showed a excellence in movies like "The Recipe", "Battlefield Heroes" and "Children..." is going to play the charismatic head of the Cheong Nara Army.

The multi-talented actor Kim Moo-yul who has a bright career in screens and musicals will be the brave soldier and Moon Chae-won, who's been a favorable act in the drama "It's Okay, Daddy's Girl" will challenge the screen for the first time by playing Park Hae-il's sister Ja in.

Kim Han-min from "Paradise Murdered" and "Hand Phone" will direct this movie. It will start filming this spring and hit cinemas at the later half of this year.

"Park Hae-il and Moon Chae-won confirmed casting for movie "The Bow""
by HanCinema is licensed under a Creative Commons Attribution-Share Alike 3.0 Unported License.
Based on a work from this source