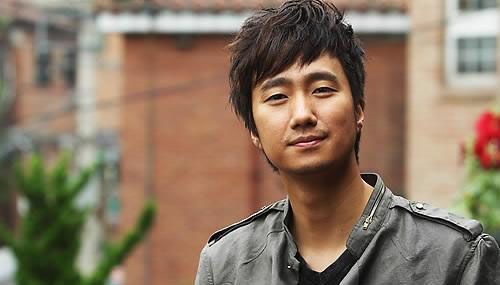 Actor Park Hae-il had been a rising star actor on the theater stage and debuted as a movie actor by appearing in director Yim Soon-rye's movie "Waikiki Brothers" in 2001.

As he has already acted for ten years, he has become a star actor popular enough to be cast as the main lead of the Korean movie industry's powerful director Kang Woo-seok's ambitious new film "Moss". In the movie "Moss", which will be released on July 14, Park Hae-il will play Yoo Hae Kook, who has to confront remote village people to find out the truth regarding his father's death. He successfully heads the cast of the movie without faltering while acting competitively with other great experienced actors.

"Moss" is a thriller based on the original internet cartoon written by Yoon Tae-ho, which has the same title. In a recent meeting at a café located in Samcheong-dong, Park said, "After I scanned through the original, I tried not to depend on the original. There are gaps between a cartoon and a movie, so I had agonized many times to find the way to fill those gaps".

Park said that he had met the original writer due to director Jeong Ji-woo's introduction -- who wrote the scenario of the movie "Moss" - before he received a casting suggestion by director Kang Woo-seok. Park continued, "The writer told me that when he wrote the original, he tried to recall the image of Lee Won-sang in the movie 'Jealousy Is My Middle Name' when he was confused about the character Yoo Hae Kook". Lee Won-sang is the character that Park Hae-il played. From the time that Park Hae-il was cast in the movie "Moss", there have been many opinions saying that Park has similarities with the character Yoo Hae Kook in the original.

He disclosed that he could not adjust to director Kang Woo-seok's filming style in the beginning. He said, "Director Kang usually begins filming with lightning speed whenever he is ready, but usually I was clumsy at first. I needed some time before I could adjust to his style. Actually, I am a person who requires time before accelerating". Park explained that he put efforts to making harmony with director. He said, "It was my first time that I worked with many experienced veteran people. They told me many things about their previous works, and actually listening to other actors' stories was very exciting. I also heard many tips that might be very helpful for me in the future".

Park Hae-il's counterparts, Jeong Ja-yeong, Yoo Hae-jin, Kim Sang-ho, and Kim Jun-bae, were all theater actors and they have been very close since Park was a student at university. Park Hae-il had to confront those senior actors fiercely in the movie. He confessed that he tried to act at his best due to their excellent acting skills. 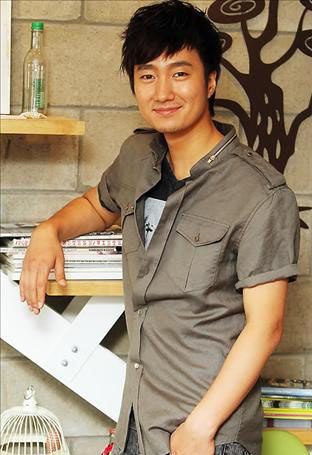 Among movies in which he has appeared, there were hit movies such as "The Host" and "Memories of Murder", which were directed by Bong Joon-ho, but actually star actor Song Kang-ho, who is guaranteed to be a box office hit, played an important role for those movies to gain huge popularity.

Does Park Hae-il have a desire to become an actor like Song Kang-ho, who can determine the commercial success of a movie?

He answered, "This is not something that can come true just by having a desire. First of all, I have to become an actor who can be completely immersed in the story. Then, it will be better if I can appeal to viewers". He added that he actually feels some pressure as a main actor because director Kang Woo-seok's previous movies such as "Silmido" and "Public Enemy", in which actor Sol Kyung-gu appeared as a main actor, were very successful.

Even though Park Hae-il is an actor mostly appearing in commercial movies, he has also appeared in low-budget films and short films. Sometimes he decided to appear in those movies due to director Bong Joon-ho's suggestion, but sometimes he appeared only due to his curiosity about the movies.

He said, "The innovative way of telling stories and topics are very interesting. Actually, this is something more than simply interesting".

From next month, he will begin filming young director Yoon Jae-geun's movie "Confrontation" (working title). And the low-budget movie "End of Animal",, in which Park Hae-il appeared right after he finished filming the movie "Moss", will be released during the Cinema Digital Seoul Film Festival held in CGV Apgujeong from August 18 to August 24.

Park Hae-il said, "I want to perform in movies as long as I can perform. And I want to become an actor who can be honest to myself".

"Park Hae-il: I Want to Become Good Actor Completely Immersed in Movie'"
by HanCinema is licensed under a Creative Commons Attribution-Share Alike 3.0 Unported License.
Based on a work from this source