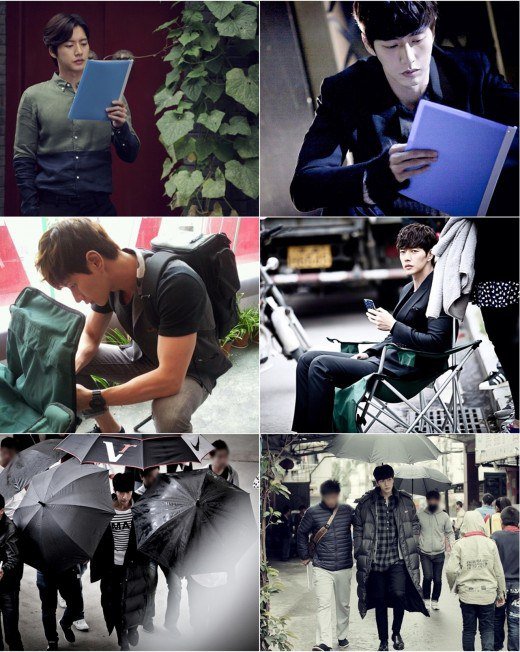 Behind-the-scene stills of Park Hae-jin who is in the middle of filming the Chinese drama "Friend 2" were released. They show how thrifty Park Hae-jin can be.

In the pictures of him at work in the last couple of years, there are a few things that he has beside him that can be spotted. The files and the chair that he sits on, the padding that he wears and the umbrella that he carries have been in use for about 6~7 years.

Other items he's been using for a long time are his bag, blanket, fan, pajamas and sweat pants. It's a surprise at how simple and plain he can get as he is a known giver of charity for the past few years.

Park's agency claims, "Park Hae-jin can seem like a big spender at first but he's got many old items. He doesn't believe in misusing his things".

Park Hae-jin is starring in a Chinese drama that was a great hit when it was first released 3 years ago. "Friend 2" is a drama about the friendship, love, passion and dream of men in their 30s and Park takes on the role of Hae-bung, an angel-like man.

"Park Hae-jin, a thrifty man"
by HanCinema is licensed under a Creative Commons Attribution-Share Alike 3.0 Unported License.
Based on a work from this source