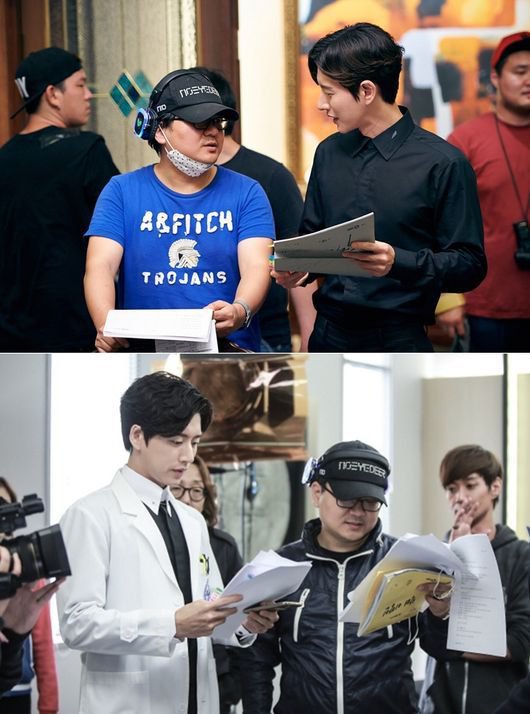 Director Jin Hyeok and actor Park Hae-jin from "Doctor Stranger" are coming together for a Chinese drama called "Sex and The City 2".

The first drama was released 3 years ago in four different states of China and topped the charts. Directed by celebrity director Zhao Bao Kang, this Chinese version of the male "Sex and The City" dealt with three middle aged men from different backgrounds and values. The three men who starred in the movie then are still popular today. Park Hae-jin is to star in the next one.

Park Hae-jin, Zhang Liang and Fu Xin Bo have been cast in the second drama since 2013 and while looking for the director, the productions company decided on Jin Hyeok who is known for his meticulous and powerful work. Jin Hyeok is responsible for "City Hunter", "Master's Sun", "Doctor Stranger" and more.

Jin Hyeok took Park Hae-jin's positive advice and decided to sign the contract with consideration from SBS. The crew from "Doctor Stranger" naturally would move with him out of loyalty.

The Chinese male version of "Sex and the City 2" is about the lives of men in their 30s starred by Park Hae-jin who has a solid fan base in China, entertainer and model Zhang Liang and singer and actor Fu Xin Bo. The three of them have an average height of 186 cm and their good looks are something else to look forward to.

"Sex and the City 2" will be released next year.

"Park Hae-jin and director Jin Hyeok to come together for Chinese drama "Sex and The City""
by HanCinema is licensed under a Creative Commons Attribution-Share Alike 3.0 Unported License.
Based on a work from this source