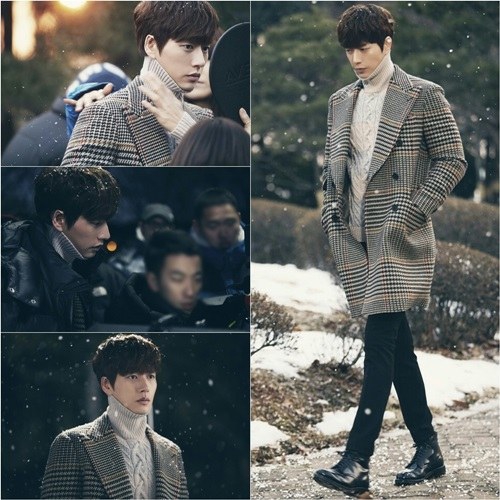 Actor Park Hae-jin's unrealistic body was revealed in the behind cuts of the SBS drama "My Love from the Star".

He takes on the role of Lee Hwi-kyeong, the son of a wealthy family who has only had eyes for Cheon Song-I (Jun Ji-hyun) since they were in junior high.

Park Hae-jin's tall height and handsome face stands out in the pictures.

Park Hae-jin checks himself in the mirror during short breaks and looks out for his outfit. He also monitors his performance after every scene to make sure it's perfect.

Park Hae-jin's visual upgrades itself when he's acting. He concentrates so hard in his role he is the perfect innocent lover Lee Hwi-kyeong.

"Park Hae-jin's outstanding style"
by HanCinema is licensed under a Creative Commons Attribution-Share Alike 3.0 Unported License.
Based on a work from this source