Park Hae-jin to Celebrate a Decade in Showbiz with Fans 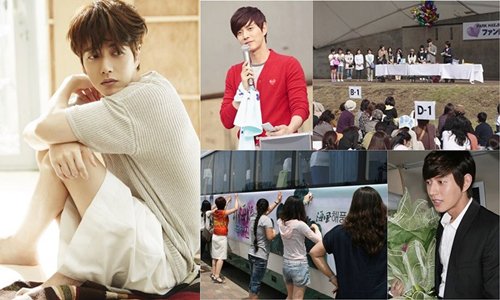 Actor Park Hae-jin is planning a special treat for his fans to celebrate 10 years in the entertainment business. He will meet several thousand of them on April 23, though the venue has not yet been set.

Park said it was his wish to stage the event to thank his fans for the undying support they have showed since he made his debut on April 1, 2006. He said he wanted to spend some time with them looking back on the first decade of his career. The event will be free for fans, with Park and his agency picking up the tab.

Park has been close to his fans for a long time. In 2012 he went on a picnic with over 900 fans in Japan, and the following year he invited Chinese fans to a studio where he was shooting a TV drama. He and his agency covered the cost of those events as well.

Invitations will be distributed to the winners of a draw. Details on how to enter the draw will be announced at a later date on the website of Park's management agency.