Park Hae-jin to Debut as Singer in Japan 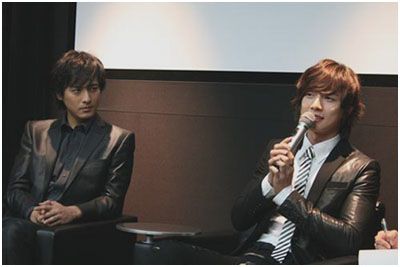 Actor Park Hae-jin attended the production presentation of the Japanese drama "Shakking 2: Unmei no Houshuu" which was held at the headquarters of WOWOW broadcasting station in Tokyo on October 26, and said that he would release his debut single album entitled "Wheel of Destiny" (working title) on February 9.

He will also hold fan meetings to commemorate the release of his debut single album at the NHK Osaka Hall in Osaka on February 5 and at the CC Lemon Hall in Tokyo on February 9.

In addition, before the official album release, Park will also sing the theme song of the drama "Shakking 2: Unmei no Houshuu", which will begin airing from January 8 next year.

Park Hae-jin, who participated at the production presentation with the leading actor Shunsuke Nakamura and the director Hideyuki Kazuki, said, "I am very happy today. Even though I cannot sing very well, I want you to evaluate my song with the consideration that an actor, not a singer, tried his best to sing". 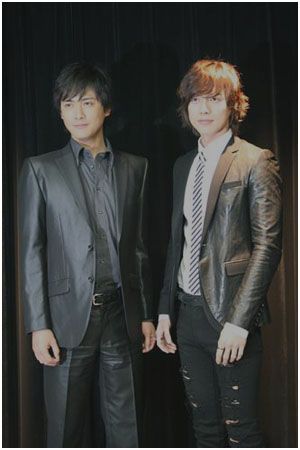 Actor Nakamura introduced the drama, saying, "This suspense drama is about the story that the protagonist, who is stuck with a debt of 900 million yen, is trying to obtain money from a predatory lender with a crafty and plausible trick. The rock ballad sung by Park Hae-jin is very uplifting".

Park Hae-jin has given a strong impression to Japanese viewers with appearances in dramas such as "Famous Princesses", "East of Eden", and "Hot Blood".

"Park Hae-jin to Debut as Singer in Japan"
by HanCinema is licensed under a Creative Commons Attribution-Share Alike 3.0 Unported License.
Based on a work from this source