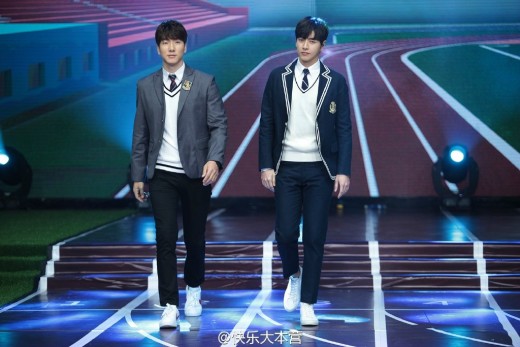 Park Hae-jin has finished filming for Happy Camp by Chinese Hunan TV recently. In the revealed photos captured during the filming of the show, Park Hae-jin's uniform look is drawing attention.

Park Hae-jin and his close Chinese friend, Sean Zhang, one of the superstars in china walked together wearing school uniforms for the show. In another photo revealed, Park Hae-jin is covering a woman emcee's ears like the way he showed off his adorable side in "Cheese in the Trap". 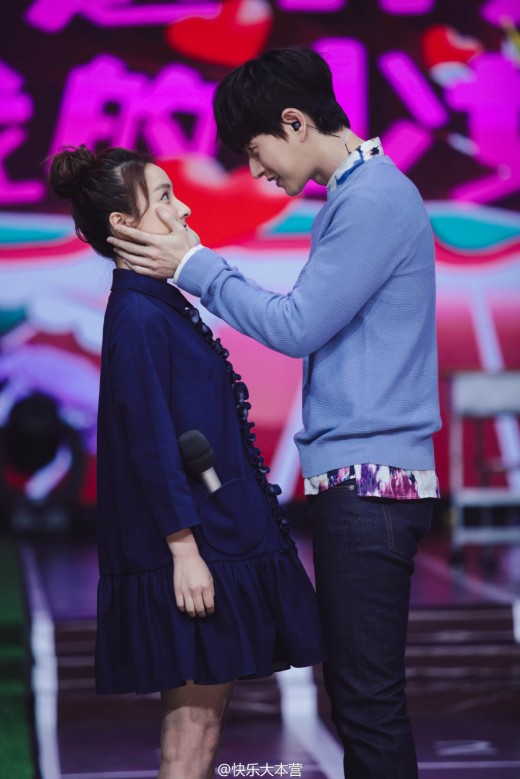 "Park Hae-jin walks in school uniform filming Happy Camp, Chinese variety game show"
by HanCinema is licensed under a Creative Commons Attribution-Share Alike 3.0 Unported License.
Based on a work from this source