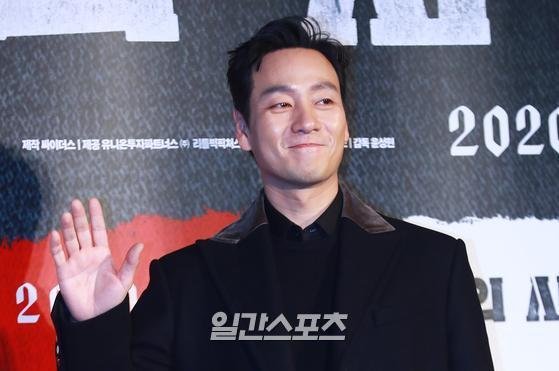 It's a perfect field adaptation. His territory has crossed the line without boundaries, and there is no limit to his capabilities.

Actor Park Hae-soo is showing all-weather performances in every work, imprinting the presence of 'actor Park Hae-soo'. The range of choices is wide and the ability to digest is beyond expectations. He hit back-to-back home runs, building a stable filmography with different genres and different characters.

It's not just built-up performance. He is taking advantage of the opportunity that comes to those prepared. There would be no character that's meaningless to any actor, but Park Hae-soo completed meaningful results in both dramas and movies. This is why Park Hae-soo's moves, which are showing signs of a guaranteed Box Office hit, are drawing attention.

He marked a fresh appearance with tvN's "Prison Playbook", but it was not the first drama of his life. Before that, he was in "God of War" and quite a few viewers remember Lee Ji-ran of "Six Flying Dragons". Of course, the title of the first leading role has had a huge impact on imprinting Park Hae-soo's name. However, it was Park Hae-soo who embraced the pressure and responsibility and became recognized by 'hawk eye' Sin Won-ho.

In his first screen-starring film "By Quantum Physics: A Nightlife Venture" he broke down into an entertainer respectable in the film and boasted a completely different face. Lee Chan-woo in "By Quantum Physics: A Nightlife Venture" lightly transformed the unique weight of visuals into acting power, and the work was a perfect one to identify Park Hae-soo's spectrum. As if to prove this, he even won the New Male Artist Award at the 40th Blue Dragon Film Awards, making it a perfect finale.

And in "Time to Hunt", which was released on Sunday, he played the character's unidentified pursuer, Han, who offers extreme tension. Han, an unidentified pursuer chasing after his friends, is a mysterious figure whose everything is veiled. It drives friends who dream of a new future to extreme moments.

After release, Han emerged as the most prominent figure in "Time to Hunt", although the attention was less than that of his four close friends, Lee Je-hoon, Ahn Jae-hong, Choi Wooshik and Park Jung-min, before the release. Leading the chilling atmosphere as the only villain and a lonely one, Park Hae-soo is a hunter who enjoys a true 'time of hunting' setting the stage for 'probability'.

Several movie officials who already watched "Time to Hunt" said, "I was surprised by actor Park Hae-soo. He was scary when he appeared and even when he didn't. Han's existence itself came as a fear beyond tension. In fact, in the overall movie, Han goes on a reasonable hunt, but he must have been very lonely when acting. Passion and effort were seen through the screen", he also said.

Park became an unintended 'man of Netflix' when "Time to Hunt" got its release there. Following "Persona" and "Time to Hunt" the next film he is preparing for is the "Squid Game" with Lee Jung-jae. In "Squid Game" Park Hae-soo plays Sang-woo, who graduates from Seoul National University amidst his poor environment, but decides to participate in a game when he is in danger of misappropriating company funds. It's already unique.

Park Hae-soo is working hard not only on Netflix, but also in the drama "Chimera" and the movie "Yacha" and now all he has to do is show up. Even though there are many people around who give advice, it is up to the actor himself to finally wear the character's clothes and act. The source of the belief that no matter what scenario and script, 'Park Hae-soo will do it' is the best harvest Park has made over the past three years.