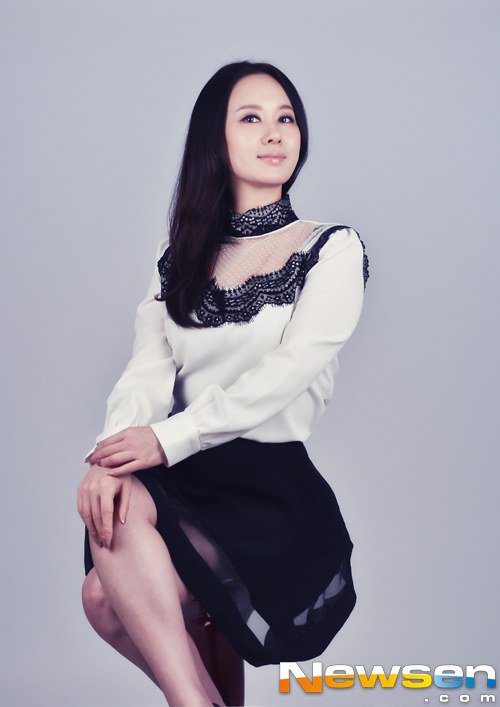 Park Hee-jin is posing during an interview with News N.

Park Hee-jin starred in the MBC daily drama "The Daughter of the Emperor" and said, "I wasn't criticized so much for this drama. I worked really well with the others for 6 months and the director was so great, he led us through without trouble".

Park Hee-jin said, "The early ending was a disappointment to everyone. I wonder if the writer was the most disappointed. Still, some of us including myself were the more relaxed roles in a very intense drama. I learned a lot".

Park Hee-jin mentioned the love line with Kim Rwe-ha and the kissing scenes. "I ate so much hair. The fake beards leave a lot of mark on you and a lot of it got into my mouth. Rwe-ha is actually very conservative. He said he mustn't let his wife see [the kissing scenes]".

Park Hee-jin ended, "I want to go where the water takes me. I don't want to be in the middle. I am happy to be doing what I am doing and I have no greed. It's a great thing if I can do one or two kinds of work in a year and I want to be acknowledged as a good actress. I would like to try comedy this year".

"Park Hee-jin is a completely different person"
by HanCinema is licensed under a Creative Commons Attribution-Share Alike 3.0 Unported License.
Based on a work from this source