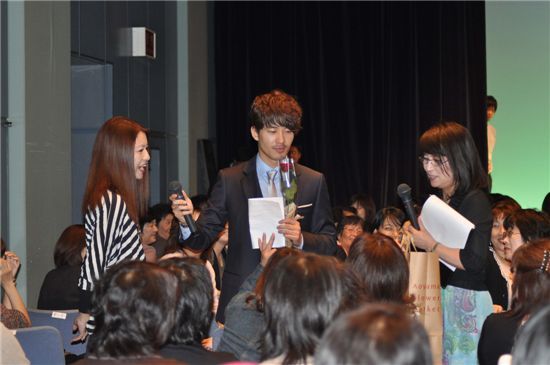 Korean actor Park Jae-jung held his first ever fan meeting in Japan last weekend, according to his agency Eyagi Entertainment.

Eyagi explained through a press release that Park met with 500 fans at the Scara Espasio Hall in Fukuoka on October 9.

The 30-year-old actor shook hands and took photographs with each fan at the event as well as speaking about starring in KBS drama "You Are My Destiny". He also showed his coffee-making skills that he learned from SBS series "Coffee House".

"I never dreamed that this many fans would show up since this was my first time visiting Japan and I hope that there will be more opportunities to meet my fans in the future", Park was quoted as saying.

Park made his debut in KBS' TV series "I Am Sam" in 2007 and has since appeared in other shows such as "You Are My Destiny" and "Queen Seon-deok". He has also starred in MBC reality show "We Got Married" alongside Korean girl group After School member UIE.

He is currently preparing for his role as Gatsby in the musical "The Great Gatsby", which will open its curtains on October 15. 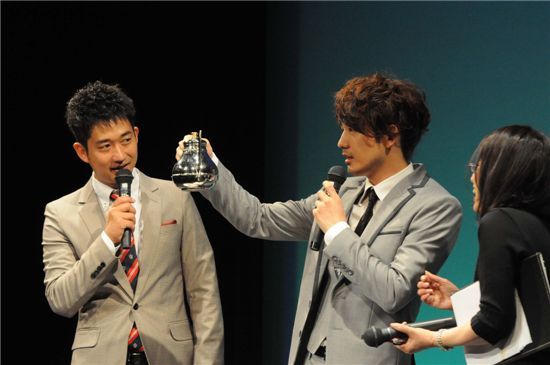 "Park Jae-jung meets with 500 fans in Japan "
by HanCinema is licensed under a Creative Commons Attribution-Share Alike 3.0 Unported License.
Based on a work from this source