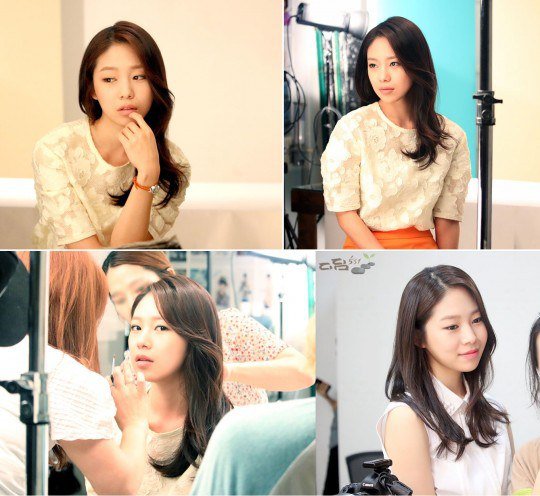 Park Ji-soo is debuting with "The Idle Mermaid".

Stills of the actress from making the drama were revealed online.

"The Idle Mermaid" is a fantasy drama about a mermaid living life as a human. In the role of Yoon Jin-ah, Park Ji-soo arms herself with pretense and charm to get the perfect guy although she's actually very clumsy.

Park Ji-soo starred in the film "Mai Ratima" as a Thai immigrant and won herself a Rookie Award at the Cheongryong Awards. This time, she's going to be a completely different character from the movie.

Her agency released pictures of the actress completely engrossed into her character and getting made-up.

This drama is a production by Baek Seung-ryong from "Rude Miss Young-Ae Season 10" and will be first broadcast on the 11th of August at 11PM.

"Park Ji-soo debuts in upcoming drama "The Idle Mermaid""
by HanCinema is licensed under a Creative Commons Attribution-Share Alike 3.0 Unported License.
Based on a work from this source