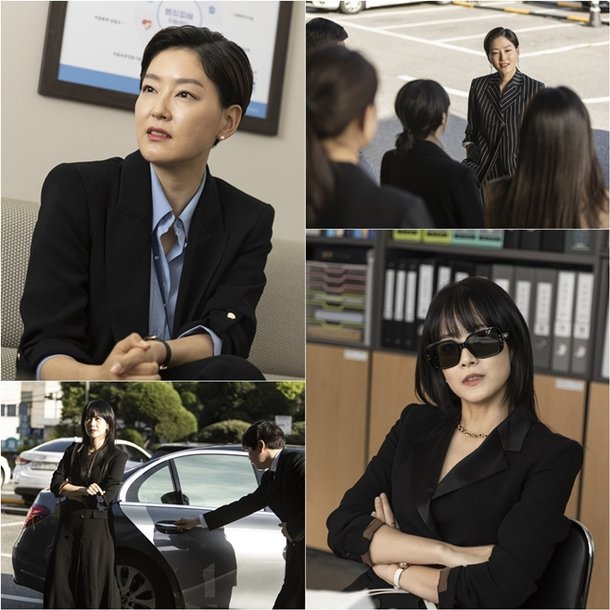 Park Jin-hee and Ryu Hyun-kyung will be the last cameos of "Taxi Driver".

SBS' Friday-Saturday drama "Taxi Driver" unveiled the on-site stills of actors Park Jin-hee and Ryu Hyun-kyung, who will appear in the final episode on the 26th.

In the drama, Park Jin-hee plays the role of public prosecutor Do, who has been assigned to the Northern District Prosecutors' Office, and has a sharp confrontation with Jang Seong-cheol (Kim Eui-sung). Ryu Hyun-kyung will build tension with prosecutor Kang Ha-na (Esom) as Baek Kyeong-mi, younger sister of godmother Baek Seong-mi (Cha Ji-yeon).

The production team of "Taxi Driver" said, "Park Jin-hee and Ryu Hyun-kyung both decided to appear as cameos because they were in PD Park Joon-woo's previous film "Doctor Detective". As they are well-known actresses, they showed off their solid acting skills and strong presence despite their short appearances".

Meanwhile, "Taxi Driver" is a private revenge agency where the veiled taxi company Rainbow Transport and taxi driver Kim Do-gi (Lee Je-hoon) complete revenge on behalf of victims, and the two final episodes will air at 10PM on the 28th and 29th.