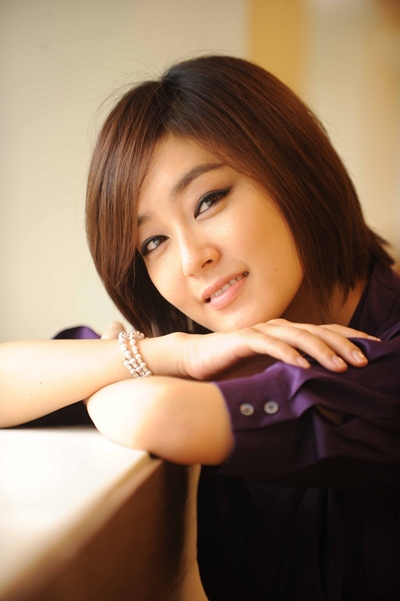 According to jTBC on the 28th, Park Jin-hee will take on the role of chef Lee Kang-san whose life goal is to become the best fusion restaurant chef in the country. She has decided to join "Fermented Family" while it was said that she was and wasn't coming over to the general service channel.

She will co-act with actor Song Il-gook. He takes on the role of Ki Ho-tae who is a very spontaneous person.

"Fermented Family" is done by director Park Chan-hong from "Revenge" and "Devil" and writer Kim Jee-woo. It shows the story of mysterious and shady customers who visit a Korean restaurant. Coming soon on the 7th of December.

"Park Jin-hee joins "Fermented Family" with Song Il-gook"
by HanCinema is licensed under a Creative Commons Attribution-Share Alike 3.0 Unported License.
Based on a work from this source