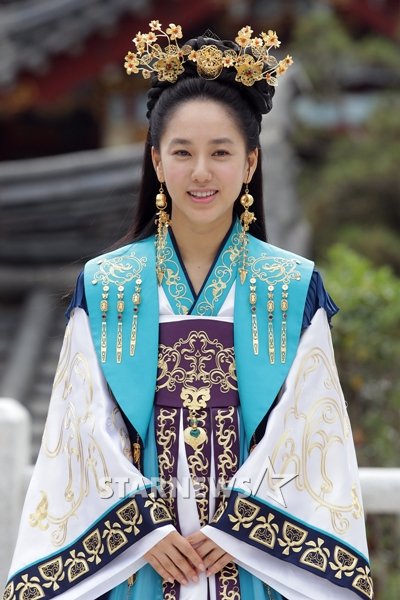 Actress Park Joo-mi was discharged from the hospital after her accident.

She recovered sooner than expected and is getting outpatient treatment now.

Her return to the KBS 1TV drama "The Great King's Dream" will be decided soon enough.

Coordinative producer Kim Hyeong-il said, "Her return date will be worked out soon. Her health is more important than our drama".

About the episode this week Kim said, "We've continued the drama without her and the highlight is getting ready. We can't really say anything about this weeks broadcasting at the moment".

"The Great King's Dream" has been a no-go for the past two weeks since the 10th. Park's role in the drama was too big to go on without her.

Meanwhile, Park Joo-mi was in an accident with a dump truck on the 23rd last month around 11:50PM at the Kyeong-buk Highway.

"Park Joo-mi returns to drama after accident"
by HanCinema is licensed under a Creative Commons Attribution-Share Alike 3.0 Unported License.
Based on a work from this source