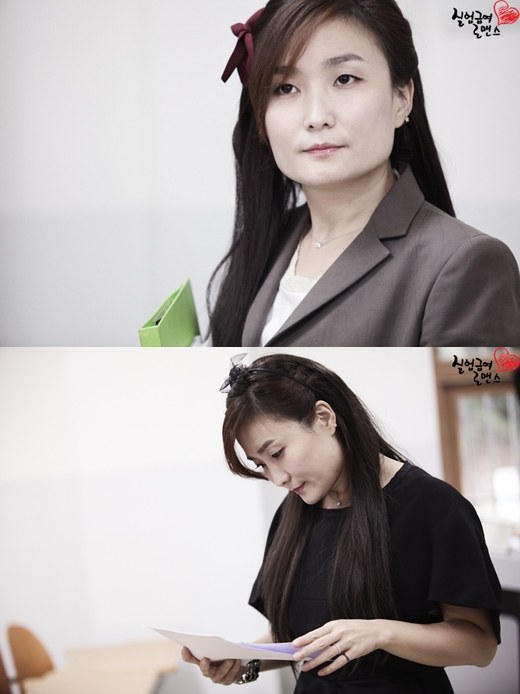 Park Kyung-rim is starring in the E Channel drama "Unemployed Romance" as a cameo in the fourth episode.

Park appears as a professor of the health organization lecture where Jong-dae (Namgoong Min) and Seung-hee (Lee Young-ah) first meet. The scene starts with a narration that says, "The professor apparently looks like Lee Hyori" and Park Kyung-rim appears with innocent long hair.

Lee Won-jong made a cameo appearance in the third episode as an insurance company worker dressed in a clean suit. He embarrassed Lee Young-ah by saying that she was capable of withdrawing 700 won in insurance loans.

"Unemployed Romance" is about Seung-hee, an unemployed beneficiary who meets her first love Jong-dae at her work place as a temporary contract employee. Park Kyung-rim's scene can be seen on the 27th at 11PM.

"Park Kyung-rim to star in "Unemployed Romance" as Lee Hyori look-alike "
by HanCinema is licensed under a Creative Commons Attribution-Share Alike 3.0 Unported License.
Based on a work from this source