Park Min-woo seen on the set of "Modern Farmer" 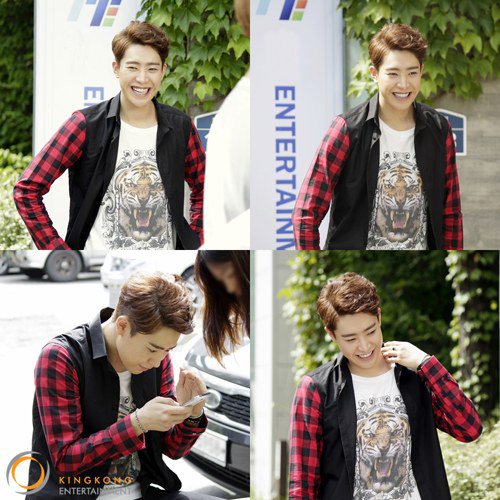 Park Min-woo starring in the SBS mini-series "Modern Farmer" was seen around the set of the drama. He plays the role of Kang Hyeok, the keyboard player in the band Excellent Souls.

Park Min-woo is wearing a red checkered shirt with a colored vest and printed shirt. He's smiling brightly and chatting with the staff and co-stars around him.

He asked a staff to take a video of his acting with his personal cell phone.

Kang Hyeok is the son of a famous hospital director but chooses to be a musician instead. Park Min-woo has adapted completely to his character.

Netizens say, "Park Min-woo laughs really nicely", "He looks really concentrated in his work", "I wonder what he looks like as a rocker" and more.

"Park Min-woo seen on the set of "Modern Farmer""
by HanCinema is licensed under a Creative Commons Attribution-Share Alike 3.0 Unported License.
Based on a work from this source