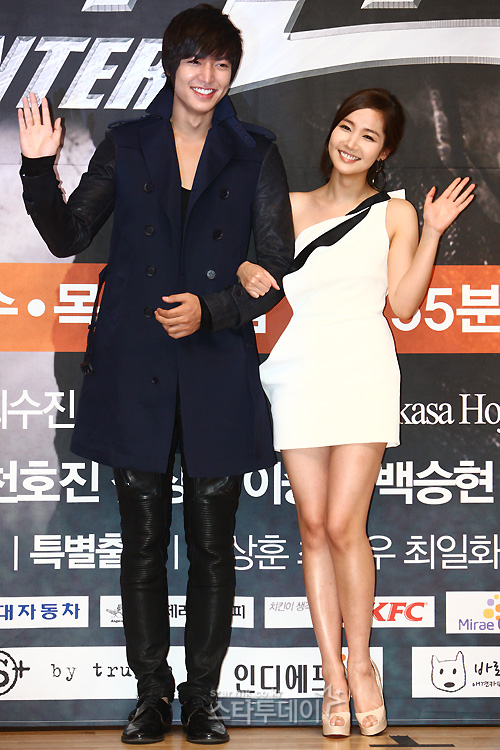 Park Min-young's management is not denying the relationship but is playing dumb.

Her management told Star Today, "We are checking the fact and don't know anything yet". The person on the phone didn't sound taken back but more laid back and calm.

Lee Min-ho (24) and Park Min-young(25) from drama "City Hunter" were reported to be in a relationship by an online media. It was told that they had good feelings for each other even after the drama.

A friend of theirs admitted to the relationship saying, "They are getting to know each other as they developed feelings for each other through the drama".

The two also showed off their friendship saying, "We have known each other for a while. We don't know if this closeness will affect our love scenes".

"Park Min-young "Relationship? I don't know""
by HanCinema is licensed under a Creative Commons Attribution-Share Alike 3.0 Unported License.
Based on a work from this source