Park Min-young Reveals Birthday Presents From All Over the World 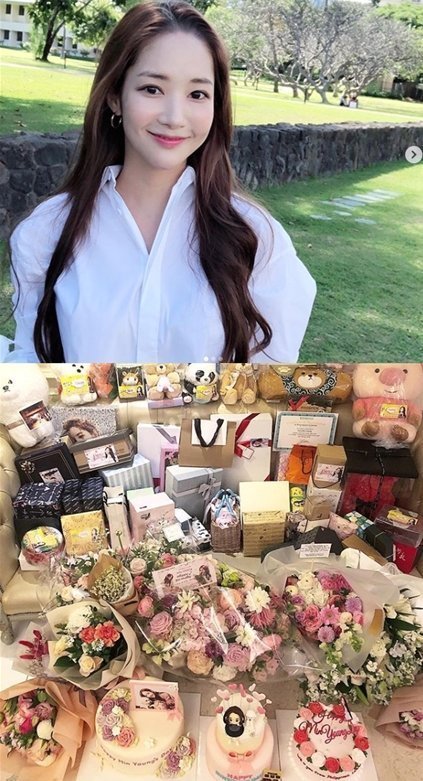 Park Min-young showed off her birthday presents from global fans.

She posted pictures on her Instagram saying, "I received presents from all over the world. Thanks for the letters that were written just for me and those who carry out their actions show that you are a better person than me. I cried in appreciation. It was a tough day with filming all the way, but your gifts lifted me up. I love you and thank you".

In the picture, Park Min-young has received flowers, cakes, dolls and gifts from fans all over the world for her birthday. Park Min-young was born on the 4th of March, 1986 and turns 34 this year.

Meanwhile, Park Min-young is in the middle of filming "Her Private Life", a drama about Seong Deok-mi, a museum curator who is a professional when it comes to her job, but is also an idol geek. The male lead is the newly appointed director of the museum Ryan who falls in love with her. It stars Park Min-young and Kim Jae-wook.

"Park Min-young Reveals Birthday Presents From All Over the World"
by HanCinema is licensed under a Creative Commons Attribution-Share Alike 3.0 Unported License.
Based on a work from this source