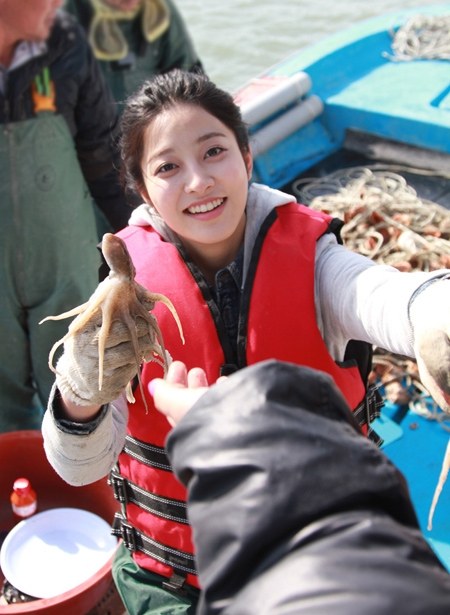 Park Se-young posted on her Twitter, "Where is this?" on the 29th. "If you want to know, tune into KBS at 8:25 PM tomorrow. Tomorrow's the first show and I am nervous. You can see the new Park Se-young tomorrow". In the following picture, Park Se-young is smiling widely with an octopus in her hand.

"Sweet Springs" is about Choi Se-yeong, an adopted daughter but living in the warmth and love of her father and sisters.

Meanwhile, Park Se-young takes on the role of the cute and youngest daughter and she can be seen every Monday to Friday at 8:25PM.

"Park Se-young holding a short-armed octopus"
by HanCinema is licensed under a Creative Commons Attribution-Share Alike 3.0 Unported License.
Based on a work from this source