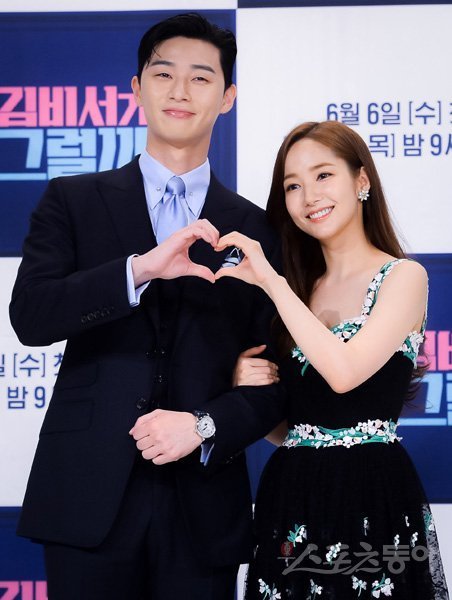 Park Seo-joon and Park Min-young's companies have denied rumors of their relationship.

Earlier today, news broke that the two dated for 3 years. They both starred in the tvN drama "What's Wrong With Secretary Kim" and had supposedly been very careful about it because they'd been focusing on their work more. Their amazing chemistry sparked the false reports.

The are just good colleagues according to their agencies.

"Park Seo-joon and Park Min-young Deny That They Are in a Relationship"
by HanCinema is licensed under a Creative Commons Attribution-Share Alike 3.0 Unported License.
Based on a work from this source