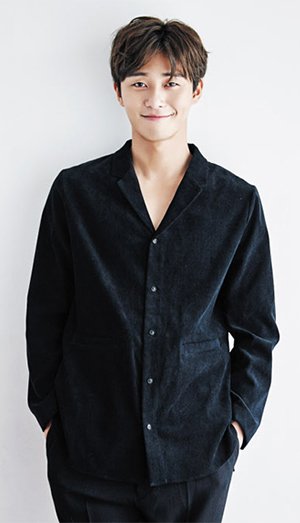 Just when it seemed like romantic comedies were going out of fashion, actor Park Seo-joon put them back on track with the recently concluded tvN drama "What's Wrong With Secretary Kim".

The series' success came as a surprise at a time when mainstream TV is dominated by legal and crime dramas. But it may not be that surprising for the actor himself, who is best known for his roles in romantic comedies such as "She Was Pretty" and "Fight My Way".

Park plays a handsome, narcissistic business heir. When his secretary of 10 years, played by Park Min-young, tenders her resignation, the heir suddenly realizes he's in love with her.

"It was tough because the character was so different from my real self", Park told the Chosun Ilbo last week. "He may not be a likeable character, but I tried very hard to make him not totally detestable".

After studying acting at the Seoul Institute of the Arts, Park made his debut in a TV series in 2012 and has since worked tirelessly, taking on TV or film projects every year.

Park believes an actor can only display a limited part of his range in one role. "Nobody knows how wide my acting range is. Don't you think an actor's range depends on the depth of emotion that he can show in a particular character, rather than how many different characters he portrays?" he said.

"I start to feel anxious about not doing anything when I take a break even just for a couple of weeks. I feel alive when I think about work", said Park, who will begin shooting his next film in mid-August. He will play a son who loses his father in an action film.

When asked what makes him appealing and popular, Park scratched his head. "I am very grateful for the support and love I'm given. At the same time I feel the weight of responsibility that comes with them. I just try to be a better person and actor who can bring happiness to people", he said.

"Park Seo-joon Proves He Is a Rom-Com Magnet with Latest Series"
by HanCinema is licensed under a Creative Commons Attribution-Share Alike 3.0 Unported License.
Based on a work from this source