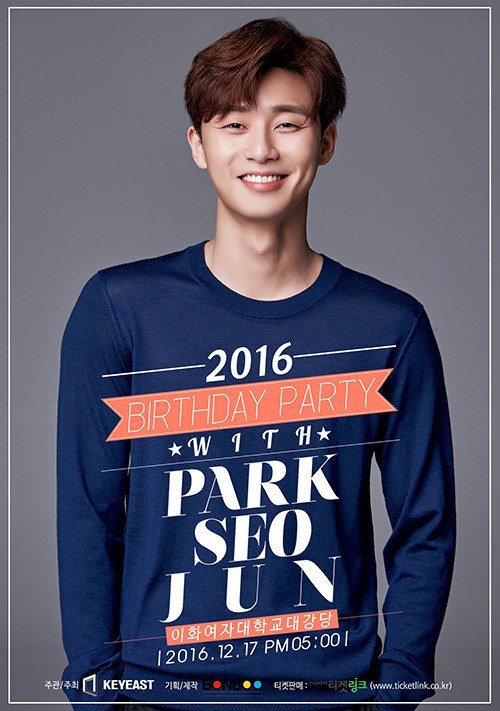 Actor Park Seo-joon is celebrating his birthday with his fans.

Key East announced that on the 17th of December, '2016 BIRTHDAY PARTY with Park Seo-joon' will be held at 5PM at the Ehwa Women's University.

Apparently, the actor wanted to return the favor to his fans for always wishing him happy birthday every year. So this year he's going to celebrate his birthday with his fans.

"Park Seo-joon to host birthday party and fan meeting this December "
by HanCinema is licensed under a Creative Commons Attribution-Share Alike 3.0 Unported License.
Based on a work from this source