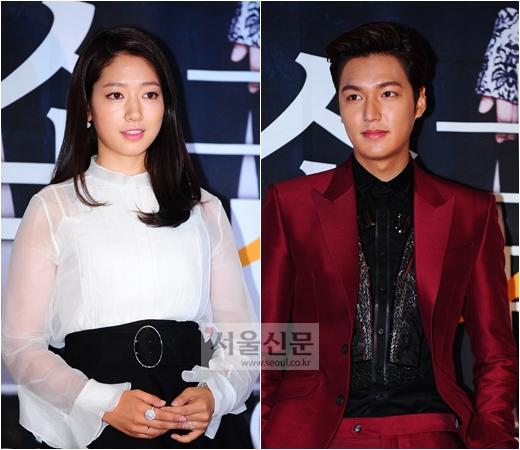 Park Shin-hye and Lee Min-ho attended the production press conference of the new SBS drama "The Heirs" on the 7th.

"The Heirs" is written by hit-maker Kim Eun-sook and produced by Kang Sin-hyo which is why the drama is anticipated by so many.

This romantic comedy is about the romance and friendship of wealthy high school students and a realistically poor girl. To be aired for the first time on the 9th.

"Park Shin-hye and Lee Min-ho at "The Heir" production conference"
by HanCinema is licensed under a Creative Commons Attribution-Share Alike 3.0 Unported License.
Based on a work from this source