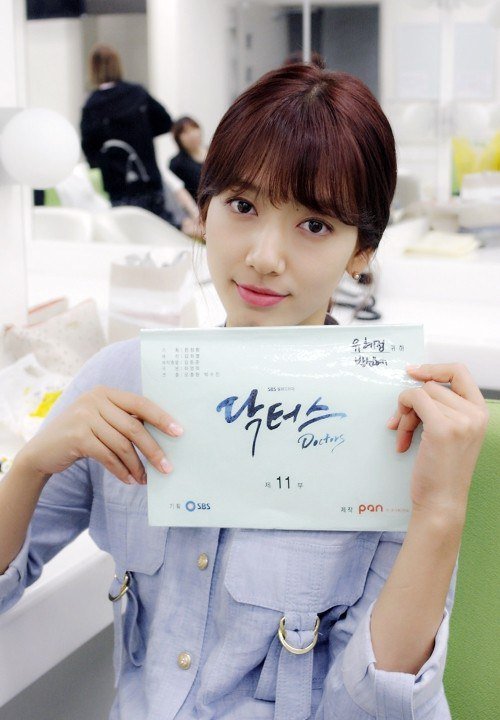 Her agency S.A.L.T Entertainment has revealed Park Shin-hye's photo, which captured her clean youthful lovely image in the waiting room on the "Doctors" filming set.

In the revealed photo, Park Shin-hye is holding the script for SBS Monday & Tuesday drama, "Doctor"s episode 11. Despite the lengthy filming, which continued to the early morning next day, she looks flawless.

Park Shin-hye has been garnering good reviews for playing her role, Yoo Hye-jeong, a responsible doctor, who used to be a rebellious delinquent perfectly in her drama "Doctors". It's been known that she pulls off the action acting without using a stunt actor.

"Park Shin-hye brightens up 'Doctors' waiting room "
by HanCinema is licensed under a Creative Commons Attribution-Share Alike 3.0 Unported License.
Based on a work from this source