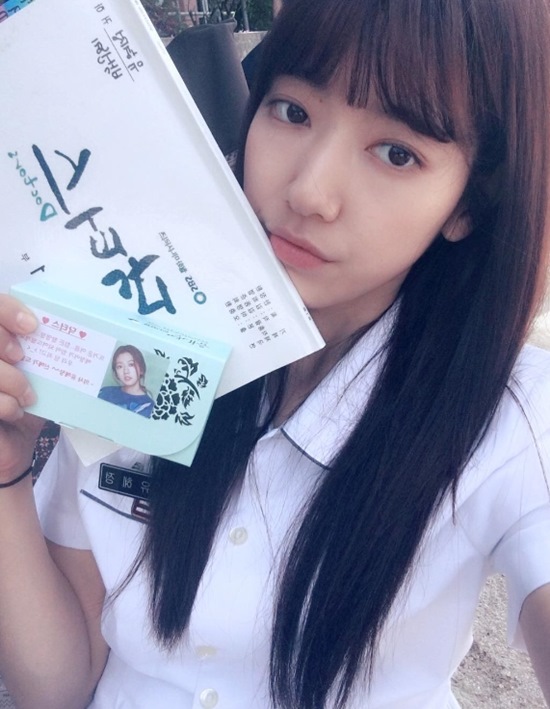 Park Shin-hye shared a snapshot taken while filming the first take of SBS "Doctors" on May 9th.

Park Shin-hye wrote on her personal Instagram, "We had the first take of "Doctor"s yesterday. Hi, I'm Yoo Hye-jeong. I'm done with my self-introduction".

In the revealed photo, Park Shin-hye is make-up free in plain clothes. She transformed into a high school student perfectly with the straight hair with bang and wearing a school uniform.

She is looking into the camera lens while holding her "Doctors" script book. The look confirms the snapshot was taken on the "Doctors" filming set.

"Doctors" is a drama about a woman, who once used to be a gangster member and becomes a medical later overcoming her dark days during her juvenile life. The drama is slated for June.

"Park Shin-hye goes for 'Doctors' first take, 'Hi, I'm Yoo Hye-jeong'"
by HanCinema is licensed under a Creative Commons Attribution-Share Alike 3.0 Unported License.
Based on a work from this source