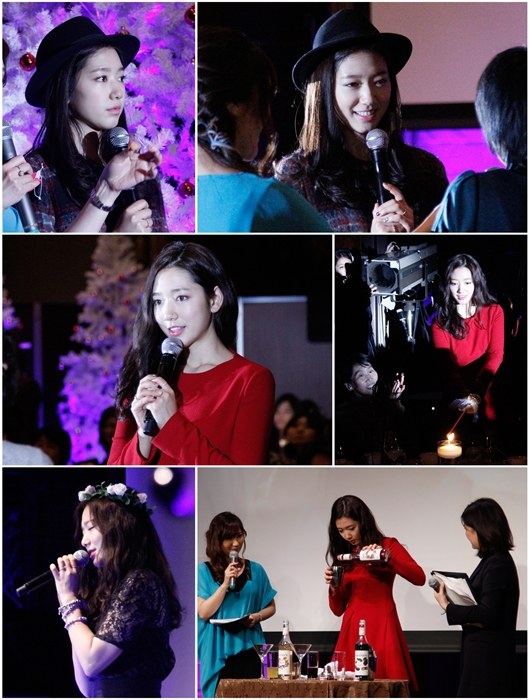 Actress Park Shin-hye had a party with her Japanese fans.

A party was held in the name "Park Shin-hye's Special Gift" at Tokyo Shangri La Hotel, Japan on the 21st.

This party was a promise by Park Shin-hye to her Japanese fans when she visited Japan as part of her Asian Tour.

She spent a good time with her fans who supported her and the recent dramas she starred in such as "Flower Boy Next Door, "The Heirs" and "Miracle in Cell No.7".

She said, "I still don't believe it's over and it makes me cry every time I think about it. I wanted to forget about it while preparing for this event".

Park Shin-hye sang the OST of "The Heirs" live and handed out the Santa cake to fans too. She also sang cute carols on stage on was cheered on.

She said, "I get the energy to continue from you and I wanted to repay you the favor one day but once again, I feel I have received more than given you this time. I am grateful".

"Park Shin-hye has X-Mas party with Japanese fans in Tokyo"
by HanCinema is licensed under a Creative Commons Attribution-Share Alike 3.0 Unported License.
Based on a work from this source