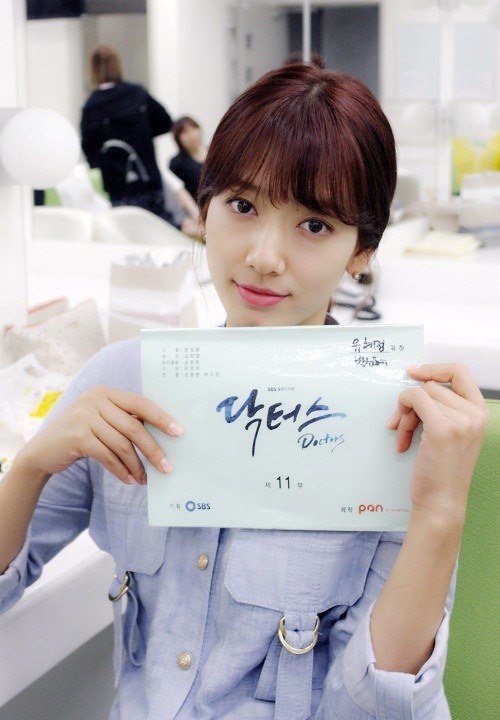 Park Shin-hye had her picture taken.

Salt Entertainment released a picture of her in the waiting room.

Park is posing with the "Doctors" script in her hands.

She takes on the role of Yoo Hye-jeong who was previously a rebel but is now a resident doctor. Park Shin-hye stood in for an operation scene without a stand-in.

Meanwhile, "Doctors" can be seen on Mondays and Tuesdays at 10PM.

"Park Shin-hye holds up "Doctors" script "
by HanCinema is licensed under a Creative Commons Attribution-Share Alike 3.0 Unported License.
Based on a work from this source